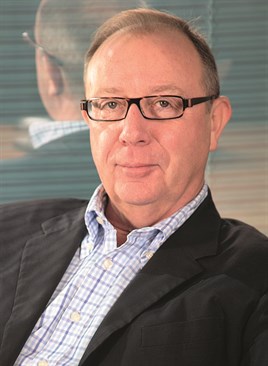 One of the UK’s largest telematics companies has announced it is targeting fleets operating light commercial vehicles after carving a name for itself in the HGV sector.
Its customers already include Asda, Eddie Stobart, Marks and Spencer, Sainsbury’s, Tesco and the Royal Mail. In fact, more than 90% of retail groceries and 100% of the country’s letters are being delivered thanks to Isotrak systems.

However, the vehicle tracking business believes lessons learnt from working with its portfolio of blue chip clients over the past 12 years will prove invaluable to organisations operating van fleets.

“We are determined to take a large chunk of the van fleet market,” said Isotrak’s CEO Gavin Whichello.

“Unlike some of the other companies out there we’re a completely sustainable model that will not disappear.

“We’re not about trying to sell bits and pieces of equipment. Our business is based on three to five-year contracts with our customers. We are here for the long haul.”

Whichello claims its systems can help companies reduce the number of vehicles they operate, while cutting fuel consumption, CO2 and overall miles travelled.

But as well as focusing on LCV fleets, Isotrak is also lining up a deal with a leasing company.

“All I can say at this stage is we will be making a major announcement in the New Year with a leasing company involving thousands of vehicles,” said Whichello.

Vehicles will be fitted with Isotrak technology that customers will be able to activate if they so desire and, while it will initially be fitted to vans, cars will also be included at a later stage.

Whichello says that instead of offering a £5,000 grant towards the purchase of electric cars and vans, the Government would do more for the environment by subsidising the installation of telematics devices in the UK’s van fleets.

Fewer than 20% of van fleets use devices to control their operations, despite the fact that the introduction of such hi-tech gear helps cut fuel usage and CO2 emissions.
He said: “If all van fleets fitted them it would do much more for the environment than trying to persuade people to drive electric cars.

“Electric vans are of limited use because of their short range but the Government continues to spend money on promoting them.”