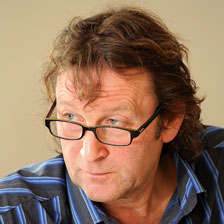 To Mercedes-Benz in Milton Keynes for an update on what’s coming in the next few months.

It has been a fairly quiet year for the German manufacturer, but there will be plenty of new models in 2011.

In the short-term there is the facelift R-Class, which is due in the middle of the year. Start/stop technology is being introduced on the C220 CDI and is also being fitted to the E200 CGI.

Mercedes-Benz has addressed criticism that the E-Class SE is not sporty enough by offering a new exterior pack for £695.

The M-Class is to get a Grand Edition from later this year, which is fully loaded and looks good value.

Visited Ford European HQ in Cologne to have a good look at the new Focus hatchback and estate.

The first time I saw the Focus I thought Ford had done a good job, but now having spent a large amount of time crawling all over it and sitting in it, I have changed my mind.

It is brilliant, and is probably too good for a C-sector hatch and estate. Company car drivers are certainly in for a treat, and used car buyers in a few years can expect a very stylish, well put together car.

We also saw the new C-Max five-seater and the Grand C-Max seven-seater with sliding rear doors.

They were not as pretty as the Focus, but both cars are practical with plenty of flexibility.

Strangely, we were not able to take any photos of these cars that had already been on display at the Geneva show as we had our cameras taken off us.

Over to the Rioja region in Northern Spain to drive the Peugeot RCZ, which drives as good as it looks.

There is little choice in this sector with the Audi TT, Mazda RX-8 and Volkswagen Scirocco the only real competitors.

The roads in this part of Spain are just brilliant for this type of sporty car and proved beyond doubt how capable the RCZ is.

It does have two tiny rear seats, but the boot is a good size and when the rear seats are folded down, the space is enormous.