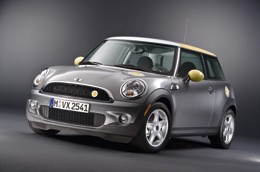 The results are in: Mini has been trialling its pilot ‘E’ electric vehicle with 20 fleets over the past six months and Fleet News has spoken to those taking part.

Mini and its parent BMW believe fleets will be the standard bearer for electric vehicles (EVs), pushed down that route by taxation and environmental pressures.

That view is backed by research carried out by Sewells, on behalf of the Energy Saving Trust, which revealed that nearly a third of fleets plan to introduce EVs in the next two years while 11% have already adopted them.

There are issues to overcome, however. Range anxiety, infrastructure, funding, BIK issues over charging at work, cost and residual values are all reasons stated by fleets for not adopting EVs.

Aside from the handful of companies that are running large numbers of EVs, such as Sainsbury’s, the Mini E research project is the first large-scale trial of this technology in the UK.

So, what’s the verdict? Fleet managers report that drivers adapted quickly to the new technology with all of them used to the car’s regenerative braking within a couple of hours.

“The braking is wildly different, but you can use it to great effect,” says Andy Badger, wayleave officer at Scottish and Southern Energy.

“I don’t actually use the footbrake apart from when I need to stop.”

Aside from braking, drivers have been impressed by how quickly the Mini E accelerates.
“It takes off like an aeroplane on a runway,” Badger says.

“It’s nice and smooth with no engine vibration. It’s a delight to drive.”