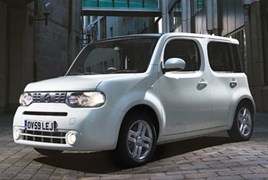 Fleet News reported in January that Nissan expected to sell up to 2,000 Cubes a year, with one third of those predicted to be fleet sales.

However, Nissan has only sold 442 Cubes so far this year, of which 239 were fleet sales.

A Nissan spokeswoman said: “The Cube is a niche vehicle in the UK, launched to drive Nissan’s design credentials and brand opinion.

“As with all Nissan small and medium sized cars, petrol engines are the dominant powertrain and we now believe that diesel demand on Cube would be too small a mix to justify launching in the UK at this time.”