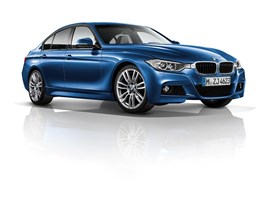 BMW has unveiled its new 3 Series range which will arrive in the UK in 2012 and will most likely continue as one of the most desirable cars on fleet choice lists.

Larger and more spacious than the model it replaces, but also lighter, and more fuel-efficient, with a range of new technology and safety features.

The car will be available from February 2012, but by March, when additional engines have been added to the four at launch, BMW will have eight versions of the new 3 Series Saloon with CO2 emissions at or below 120g/km.

The 320d Efficient Dynamics saloon will be available from launch, and carries over its impressive figures from the current version, with 163bhp, but also 68.9mpg on the combined cycle, and CO2 emissions of 109g/km. Now the car is available with an eight-speed automatic transmission for the first time, with no penalty for fuel consumption or CO2 emissions.

All versions of the new 3 Series saloon feature Drive Performance Control as standard - a switch which allows the driver to swap between up to four driving modes, varying from sporty to extremely economical.

The four modes are Eco Pro, Comfort, Sport, and Sport + (Sport + is included only on Sport models or with selected optional equipment). In Eco Pro, the throttle mapping changes so that a firmer push of the accelerator pedal is needed to extract the power that is delivered with a lighter touch in the other three modes. 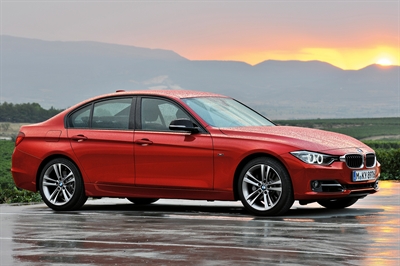 Auto stop-start is fitted to all versions, manual and automatic, along with Brake Energy Regeneration, on-demand control of engine ancillary components and tyres with less rolling resistance. Weight has been reduced by up to 50kg compared with the previous model, while the drag coefficient (Cd) is down to as low as 0.26 thanks to optimised aerodynamics.

All petrol engines will be turbocharged, and the 335i and 328i offered from launch will be joined a month later by a 320i, producing 184bhp, along with 316d and 318d diesels, powered respectively by 116bhp and 143bhp variants of the 2.0-litre diesel engine.

All versions are fitted with run-flat tyres apart from the 320d Efficient Dynamics, which has smaller 16-inch alloys and non-run-flat low rolling resistance tyres. 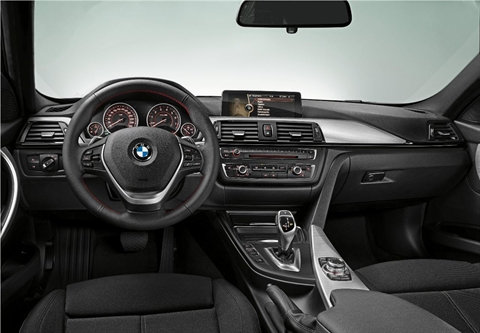 SE is available with all except 335i models and adds Park Distance Control, two-zone air conditioning and a rain sensor with automatic light activation, for a premium of £850. Sport and Modern versions are priced £1,000 above the equivalent SE, while the difference between SE and Luxury is £2,500.

Many options are new to the vehicle and include Park Assist, which allows the car to parallel park itself, with the driver controlling the accelerator and brake. A Reversing Assist camera and Surround-view cameras, which even let the driver see the car from above and the sides can also be chosen. Practicality can also be increased with a new 40:20:40 split-folding rear-seat option.

Later in 2012, BMW will also introduce a petrol electric hybrid model using the powertrain already announced for the BMW ActiveHybrid 5, as well as four-wheel drive versions for the first time in the UK