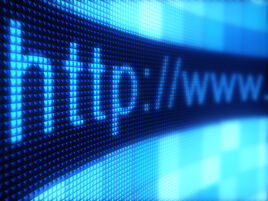 Drivers will have more say in the future of fleet sector services than ever before with the advent of online and SMS feedback systems.

According to Rick Yarrow, managing director of Experteye, the fleet industry is on the cusp of a new era which will see driver attitudes play far greater importance in company strategies across the entire market, now that they are a voice that can be more easily heard.

“To date, accessing driver opinion has been extremely laborious which has meant their feedback has been valued but very difficult to come by,” said Yarrow.

“This has always been a huge frustration to contract hire and other fleet sector service companies, as well as the motor manufacturers, dealerships, fast fit companies and other providers into this market.

“However, now that driver opinion can be received in far greater volume through tools such as our Touchpoint system , the voice of the driver can be heard immediately after events such as vehicle delivery, servicing, breakdown, the provision of a day hire vehicle, after an accident or any other service.

“Their ideas can also be sought on other longer-term initiatives, and by receiving very large volumes of driver feedback on an on-going basis means that their ideas and views can now play a far greater role in guiding the sector’s strategies in the years to come.

“This is a very significant moment in our industry, because it opens the floodgates to enable a new age of strategic thinking.”

Until now, most companies have requested driver feedback using manual systems such as feedback cards in vehicles and telephone surveys, however these have resulted in very low sample sizes and opinion often being received too slowly to use.

“By using an online approach, each driver event triggers an online satisfaction survey which is fed directly into real-time, web-based reports,” concluded Yarrow.

“This enables companies to tune into driver satisfaction far earlier than ever before, which is vital for faster resolution of problems and high quality client relations, as well as long-term fleet strategies.”