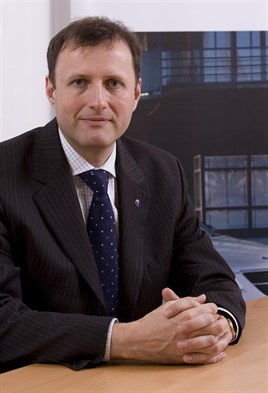 Charles Toosey has been appointed as the new managing director for Saab Great Britain, effective from 1st February, 2011. Charles, 43, brings a wealth of experience to his new position, having most recently been Finance Director at Saab GB for the past six years. Charles started his employment in 1991 with Saab GB as a financial accountant, and has, since 2001, held various management positions in Spain, Sweden and the UK for Saab Automobile and General Motors.

Commenting on his new position Charles said: “I am delighted to be taking over the managing director position at Saab GB. The coming year will be extremely important for Saab Great Britain as we continue our biggest-ever product offensive with the introduction of exciting new vehicles like the 9-4X crossover and the long-awaited 9-5 SportWagon.”

Jonathan Nash, is to head up a new pan-European sales organisation as part of the Swedish manufacturer’s restructuring of its global sales management.

Effective from February 1, Jonathan is appointed regional director – Europe, responsible for all Saab Automobile’s European markets outside the Nordic region. Reporting directly to executive director Global Sales & Aftersales, Matthias Seidl, Nash will be based at Saab Automobile headquarters in Trollhättan as one of four regional directors who will lead the new global sales organisation.

Saab Automobile is introducing the new structure, comprising the Americas, Nordic, Europe, and Asia Pacific/Middle East/Africa regions, in order to create shorter lines of communication and more effective decision-making processes. Each director will be responsible for local market development and sales performance.

Announcing Nash’s appointment, Matthias Seidl said: “Jonathan has contributed a great deal to Saab Automobile’s success in the UK, which is established as our strongest and largest market in Europe outside Sweden. Under his leadership, we now look forward to gaining greater traction in other large European markets.

Looking forward to his new role, Jonathan Nash said: “Saab Automobile is moving ahead as an independent company with new structures and ways of working, and I am delighted to be able to play a part in this process. Europe has always had the potential to be Saab’s largest sales region and I look forward to working alongside my Swedish colleagues and with our importers to raise our market share.”

Nash, 51, has been Saab Great Britain’s managing director since 1999. He joined the company in 1989 as a regional manager before being promoted to senior national sales and marketing positions. Prior to Saab GB, he held various management roles at Renault UK.