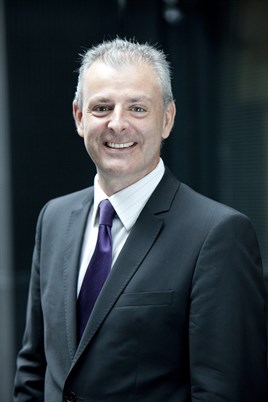 Arval UK has announced that Jean-Marc Torre is to hand over his role as chief executive officer after five successful years to join Bank of the West. He will be replaced by Bart Beckers who has strong experience in operational leasing having spent the last 15 years with LeasePlan.

Beckers has completed a number of roles in Europe, most recently as chairman of the LeasePlan companies in France where he successfully turned around the company in 2005/6 and prepared it for renewed profitable growth, followed by the acquisition and subsequent integration of the French multi-brand leasing subsidiary of the Daimler group.

Beckers comments: Having known Arval for many years as a respected and very professional market leader in the French market, it is a real pleasure to be able to join the group at a moment in time where continued growth, client centric projects and people development are high on the agenda. Jean-Marc has done a great job leading the UK teams to the position that we are in as a company today, so it is for me an honour and a real pleasure to take over from him and continue on the route of further development.“

Torre will be leaving the company at the end of February to assume the leadership of the Commercial Banking Group at Bank of the West, part of BNP Paribas Group which owns Arval. During his tenure Arval has gone through a period of sustained growth, increasing its fleet size and strengthening its product offer despite challenging market conditions. This has cemented Arval as one of the top leasing companies in the UK and the leading fuel card provider.

Torre comments: After a very enjoyable 5 years at Arval UK I feel that I am leaving the business in a strong position. During my time here I have been very proud of our achievements and last year's business results were testament to the effectiveness and stability of our company and the spirit and strength of our employees. Bart is an extremely capable replacement and I am sure he will deliver continued success to Arval in the UK.”