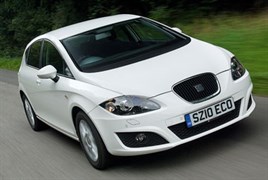 Black is by far the most popular choice of colour for mainstream leased cars in the UK but white is gaining ground rapidly in the popularity stakes, according to a new survey of company car driver choice by Oxford-based online solutions provider Ebbon-Dacs,

Ebbon-Dacs is supplier of Leaselink, an e-procurement system currently used by 10 of the 15 largest contract hire and leasing companies (according to fleet sizes registered to BVRLA membership) to source and buy their new vehicles.

The findings of the Ebbon-Dacs study were presented at a recent BVRLA Residual Value and Remarketing Forum and looked at a sample of more than 10,000 new leased company cars supplied through the Leaselink platform to customers of major leasing companies.

It included several of the UK’s most popular leased company cars: the BMW 3 Series, the Audi A4, the Ford Mondeo and Focus, the Vauxhall Astra and the Volkswagen Golf.

With around 34% of the market for these vehicles, black was by far the most popular colour choice selected by company car drivers. And underlining its popularity, black was at the top of the charts for every year that the survey looked at, from 2007 to 2010.

Black was followed by blue with around 17%, a figure which has been fairly constant for the last four years, while silver at 15% has seen its popularity begin to diminish. Three years ago, 18% of the cars in the study sample were silver.

Several other colours also appeared to be falling out of favour. Grey, which in 2007 accounted for 20% of the sample, had fallen to just 11% by 2010, while red cars accounted for just 6% of those selected.

In terms of specific models, black was the most popular colour choice for the BMW 3 Series, the Audi A4 and the Volkswagen Golf, while the Ford Mondeo was chosen in equal numbers in black and silver by company car drivers.

Rob Pilkington, managing director of the Leaselink International division of Ebbon-Dacs, commented: “The study was conducted for the general interest of the leasing sector and we did not know what we would find. Most interestingly, it reveals the colour of vehicles that will predominate when they come back to the second-hand market in three to four years time.

“One clear trend the study identified was the growth of white cars in the colour stakes and, from nowhere four years ago, white has gained the most rapidly in popularity of all the mainstream colours, to the extent that only black, blue, and silver are now ahead of it for these popular models.

“A contributory factor in this increase in popularity may well be the number of prestige cars that are now being produced in white, producing an aspirational trend which seems to have percolated down to some of the more mainstream fleet cars,” he said.

According to John Lewis, chief executive of the BVRLA, the survey’s findings will be very useful for residual value setters.

“Our members analyse a huge amount of data when projecting a vehicle’s value in three or four years time," said Lewis, "And this kind of trending information will help them form a more accurate picture.”