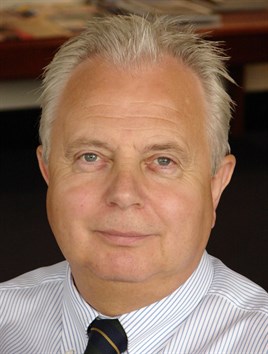 Bill Parfitt, Chairman and Chief Executive Officer of General Motors’ UK operations, has been awarded a CBE in the Queen’s Birthday Honours for services to the Automotive Industry.

Trained as a motor engineer in the family motor business in South Wales, Parfitt then joined Goodyear as a graduate entrant. He has subsequently spent his working life in the motor industry, holding a number of directorships and senior executive roles in blue chip companies.

He joined Vauxhall in 1998 as fleet sales director and quickly became responsible for all sales and marketing activities for GM’s UK operations. He was appointed managing director of Vauxhall in 2005 and chairman of GMUK in 2009.

Parfitt has been a staunch supporter of the British motor industry and its manufacturing future in the UK. He has championed the continuing production of Vauxhall cars and vans in the UK at Vauxhall’s two manufacturing plants – Ellesmere Port in the north west and in Luton – helping ensure Vauxhall’s manufacture of motor vehicles in the UK since 1903 continues well into the 21st century.

Working with the current and previous Governments’ Automotive Council on a strategic plan to increase the declining supplier base in the UK Parfitt became the first chairman of the Government/Industry body, the Supply Chain Group.

Vauxhall is leading this plan and has brought a significant amount of business back to UK suppliers from abroad, with new contracts to the value of just under £200 million already placed.