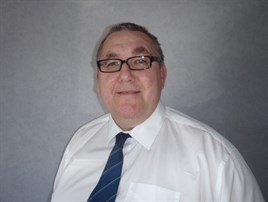 Nick Garbutt has been announced as the new centre manager at Manheim Auctions, Saltash following the recent retirement of Derek Bolt. Nick Garbutt joined Manheim Actions, Bristol in February 2006 as operations manager, becoming assistant auction centre manager in August of that year and has since also undertaken several projects at Manheim Auction centres at Colchester, Gloucester, Leeds and Wimbledon.

Before joining Manheim Nick worked for an automotive company in Prague selling 55,000 cars per year. Prior to that he worked for a company making parts for Aston Martin, Ford, Jaguar, Land Rover and the Ministry of Defence, and also at Royal Portbury Dock importing and exporting cars.

Mike Pilkington, managing director, Manheim Remarketing said: “Nick may not have taken a traditional career path within the remarketing industry but his breadth and depth of experience is an undoubted asset to Manheim.”