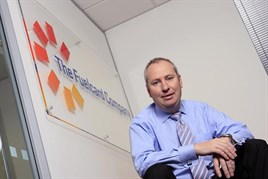 The Fuelcard Company has welcomed tough new proposals to penalise reckless drivers, but has pointed out that the widespread use of telematics and other tracking technologies has already severely reduced the problem among commercial motorists.

Under a series of changes to tackle aggressive and incompetent driving, those who tailgate, overtake on the inside or cut up others will face on-the-spot-fines of £100. The new rules will also force disqualified drivers to take extra training and possibly even pass their driving test again, before winning back their licence.

However, the UK’s large fleets are already well on the way to resolving the issue through a process of observation and engagement, says The Fuelcard Company.

Car and lorry drivers are monitored constantly behind the wheel in a variety of ways, which allow managers to know where they are, how they are driving and how fast.

With the data readily examined in real time or historically, there has been a steep reduction in dangerous driving, accidents, insurance claims and fines for individuals and companies, reducing casualties and bringing cost savings to commercial fleets.

Fuel management reports can also help identify risky drivers before an accident occurs, allowing fleet managers to provide additional training and guidance in driving efficiencies for those who drive erratically, brake and accelerate hard and rev the engine while stationery, according to The Fuelcard Company.