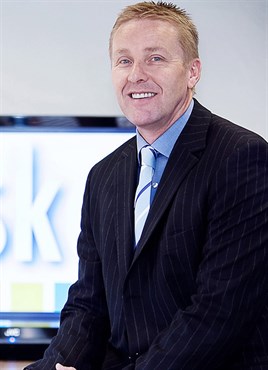 Following the interpretation by Her Majesty’s Revenue and Customs (HMRC) of a Court of Justice of the European Union (CJEU) ruling on salary sacrifice, Tusker is concerned that some salary sacrifice car schemes will now fall foul of this latest clarification of legislation.

Last August, the CJEU ruled in favour of HMRC and required AstraZeneca to account for VAT on the salary sacrificed by its employees for retail vouchers.

This week HMRC said that its interpretation of the ruling, due to take effect from next January, was that businesses providing benefits under arrangements which qualify as salary sacrifice schemes for VAT purposes, must now account for output VAT on these supplies.

David Hosking (pictured), managing director of Tusker which has over 50 salary sacrifice car schemes in operation covering over 300,000 employees, welcomed the clarification from HMRC and said: “This will cause issues for schemes that aren’t properly structured and it is now even more imperative that employers appoint a salary sacrifice provider with the appropriate experience and expertise in this arena to avoid the pitfalls this interpretation now throws up.

“The provision of company cars via salary sacrifice will not be impacted by the HMRC guidance provided VAT recovery is restricted, either by 50% or 100%, and output VAT is not due, which is the case with all Tusker’s schemes.

“It’s also imperative that any salary sacrifice car arrangements should be reviewed in their entirety to ensure all the constituent elements, for example maintenance, are correctly treated.

“In relation to cars, the new rules only apply to salary sacrifice arrangements where it is perceived that employees are buying or paying for benefits or services from their employer, such as retail vouchers.

“In other words, far from being a “payment” by the employee, the amount of the salary sacrifice is still actually a receipt by the employee. It is consideration in kind – the bailment or loan of the car to the employee in return for his or her services under the employment contract.”

Tusker’s view is also in line with the opinion of the UK leasing industry’s umbrella body, the British Vehicle Rental and Leasing Association (BVRLA).

BVRLA chief executive John Lewis said that salary sacrifice car schemes are typically based on an underlying leasing agreement between an employer and a leasing company.

"The HMRC guidance on salary sacrifice schemes clearly states that the European Court of Justice ruling will have no impact on the leasing of company cars," he said.

"However, a question mark remains over how the ruling will impact any maintenance agreement included as part of the lease. HMRC is currently unable to clarify this issue, but we will keep the industry informed of any further guidance when we receive it.”