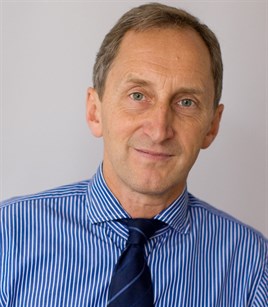 Quartix has reported record sales and new installations for 2011, with “exceptionally” strong growth forecast for 2012.

Andy Walters (pictured), managing director of Quartix, said: “Telematics is entering its most exciting phase yet, as the technology becomes more widely deployed in the commercial market and as it gains rapid acceptance in the private insurance sector.

“Only those companies having complete design ownership and control, together with the cash flow to invest in its technology, will prosper in this dynamic environment.

“We are uniquely placed to take advantage of these opportunities, as we have both the technical and financial strength to take a leading position.”

Quartix operates a competitive direct rental model: customers signing up to a 12-month contract are offered free installation and only need to make initial payments of just £10 a month. Despite this revenue model, sales leapt by 46% to £7m in the year.

Quartix supplied just under 20,000 vehicle tracking systems in 2011. This represented an increase of 125% over 2010 and brought the total number of systems installed to more than 50,000.

In addition, substantial investments were made in research and development for the company’s insurance sector business and in the development of its French market, where it won 180 new fleet customers in its first full year of trading.

Despite allocating large sums for investment, pre-tax profit increased by 10% to £1.8m, while sales growth is currently expected to be at least 50% in 2012 as benefits from the investments materialise.

During the first half of this year, Quartix expects to launch new supply agreements with at least five leading insurance customers - in both the private and commercial sectors - providing a significant endorsement of its technology.

Walters said: “The requirements of the insurance and fleet sectors are converging as the need to monitor driving behaviour is driven by the cost of fuel and insurance. These costs have sky-rocketed in the past twelve to eighteen months, and our technology can save customers money on both counts.

“By reviewing harsh acceleration and braking, and controlling speeding, customers can reduce fuel usage and insurance premiums. We can monitor each driver’s performance using the accelerometer and firmware in our system without needing a separate connection into the vehicle CAN bus – this is a major competitive advantage for us.”

The only cloud on the horizon for the industry, according to Walters, is the resurgence of lease-finance contracts.

He said: “Under this model, customers are asked to commit to payments of £1,000 or more per unit - over an extended period - to a bank or finance house, despite the fact that the tracking system has a value of £300 or less.

“The supplier gets all his payment on day one and is free to spend it as he sees fit, without necessarily providing for the proper support of the client over the term of the contract.

“If the supplier goes under - as happened extensively in the last recession - customers are still left with the payments to make, which comes as a major shock to them. Several significant suppliers are resorting to this type of contract again, and I can only believe this is driven by cash-flow issues again. This practice must stop before it gives the industry a bad name.”

Quartix strongly advises prospective customers to check the credit rating and financial health of its tracking system supplier before entering into any third-party finance arrangement.