Motorists are ill-prepared for a puncture, research suggests 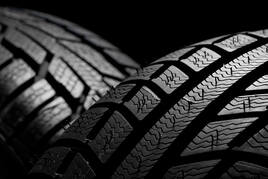 New research released today shows that motorists are ill-prepared for a puncture, with 1.3 million (4%) of drivers admitting they don’t even know whether they have a spare wheel or not.

The study, carried out for Kwik Fit found that a million (3%) motorists confess to not having any provision whatsoever for a flat tyre. With an estimated 8.8 million (26%) drivers suffering a puncture each year, this could lead to a quarter of a million cars being stranded at the roadside in the next 12 months.

And it’s not just the rubber that’s missing in some cars – 10% (2.9 million) of drivers who do carry a spare say they don’t have the necessary tools in their car to change it over should a tyre blow, while 36% (11.6 million) have the tools but admit they don’t know how to use them when it comes to swapping over a wheel and 6% (1.8 million) are short on both fronts and have neither the equipment nor knowledge to get a new wheel on.

There also seems to be confusion as a result of car manufacturers no longer offering full size spares as standard on some vehicles. One in ten motorists (3.3 million) who have a spare don’t know whether it’s a full-size spare or a low-speed space-saver, which could prove hazardous if a blowout happens on a long motorway journey.

Some manufacturers offer neither a full size spare or a space saver, instead providing drivers with a puncture repair kit. Over 4 million drivers (11%) have a puncture repair kit but the vast majority of them (3 million) don’t rely on the kit alone and also carry a spare, ensuring they are prepared for a double puncture.

Roger Griggs, communications director at Kwik Fit, said: “The recent trend amongst car manufacturers to offer space-saver spares or puncture repair kits instead of full-size spare tyres could be the cause of this confusion amongst motorists.

“It’s is worrying how many drivers don’t know what provision they have for a puncture, but it’s even more of a concern to see how many have absolutely nothing in their car to deal with a deflated tyre.

“For those who have recently bought a second hand car it’s also important that they assess the condition of the spare – there could be damage that isn’t obvious at a glance, and if it hasn’t been checked in a while it’s likely to be underinflated.

“There are clearly gaps in knowledge around how to change a tyre, and indeed many cars are missing tools, which means even if a spare is carried some motorists will struggle to swap it over.

“Changing a wheel is a skill that all drivers should have, and if anyone isn’t confident enough to do so they can visit their local Kwik Fit centre and the team will happily walk them through it.”