The new BMW X1 celebrates its US premiere at the New York International Auto Show, with its market launch stateside following in September 2012.

Both engines link up as standard with an automatic gearbox and BMW EfficientDynamics technology. Features including the Auto Start-Stop function (28i only), Brake Energy Regeneration, Electric Power Steering, the need-based operation of ancillary units and tyres with low rolling resistance.

The BMW X1 sDrive28i with customary BMW rear-wheel drive and the all-wheel-drive xDrive35i will be offered exclusively in the US market.

Further information and product details for the new BMW X1 will be released in due course. 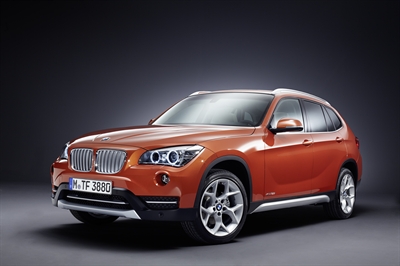