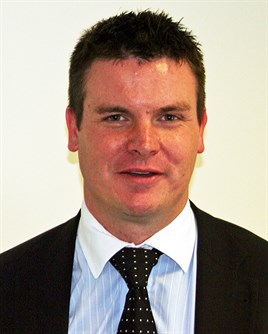 It is shortly to be trialled by drivers at a well-known leasing company ahead of a planned launch later this year. Further fleet operator trials are also in the pipeline and are expected to be announced shortly.

Telematics take-up in UK commercial vehicles is relatively high but is very low in the company car market, perhaps as little as a 1.5% penetration, mainly because drivers believe telematics to be intrusive.

MoDrive seeks to overcome these ‘spy-in-the cab’ objections by not providing GPS tracking information to continually monitor the position of company car drivers.

Instead, it is intended as a low-cost fleet management tool to reduce fleet running costs at a time when petrol and diesel prices are at near-record levels at UK pumps.

Information captured through the car’s on-board diagnostics (OBD) port is fed via a roaming data SIM card to a secure web portal, where the information is captured and displayed as management information in a series of highly visual dashboard graphics.

These identify exceptions and irregularities, such as excessive fuel consumption and harsh acceleration and braking, as well as capturing mileage information across the whole vehicle fleet, and allowing fleet managers to drill down to individual vehicle specifics.

A complementary driver portal also allows drivers to monitor their own behaviours to produce complete transparency throughout the system.

The solution is designed to be scalable and will be able to handle many tens of thousands of vehicles.

Although final pricing levels are still to be determined, it is thought that MoDrive will be priced extremely competitively per month per car after an initial installation charge – and significantly lower than other competitive products currently in the fleet marketplace.

The new solution is aimed at end-user fleets and the fleet customers of leasing companies, who in turn can also white label the product should they desire. Much of its methodology has been put together by feedback from leading, in-service fleet managers.

Robert Pilkington (pictured), managing director of Ebbon-Dacs Leaselink International, said: “Ebbon-Dacs and VGroup believe that although there are many telematics offerings on the market particularly for commercial vehicles, there is little yet that can provide a suitable and cost-effective solution for companies operating fleets of company cars who want to focus on fuel saving and duty of care, rather than the more expensive tracking-centric approach.”