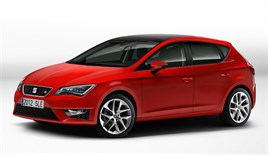 The new Leon is around 5cm shorter than its predecessor, yet the wheelbase is up by almost 6cm, while minimum luggage volume is increased from 340 litres to 380 litres.

CO2 emissions on the 1.6 TDI Ecomotive is 99g/km with fuel consumption of 74.3mpg on the combined cycle, but the new 150bhp 2.0 TDI Ecomotive also achieves less than 110g/km and more than 70mpg.

All engines feature direct injection and turbocharging, and have been engineered for low internal friction and fast warm-up. Compared with their respective predecessors, fuel consumption is cut by up to 22%.

Depending on the engine, transmission options range from five- and six-speed manual gearboxes or the renowned six- and seven-speed DSG dual-clutch gearboxes.

Full-LED lights are available for the first time in the lower-medium sector while the new vehicle architecture has allowed the front axle to be positioned further forward to improve packaging and handling.

A drowsiness detection feature recognises when the driver is losing concentration and suggests taking a break. Additionally, an advanced camera mounted behind the rear-view mirror manages both the full beam assistant, which switches automatically between full and dipped beam, and the ‘Heading Control’ lane-keeping assistant, which makes slight corrections to the electro-mechanical power steering to prevent the driver from crossing over lane markings.

A new audio and media system range is available: the lowest is the Media System Touch in the entry-level grade, which includes a CD radio with an SD card slot, four speakers and a five-inch touch screen. 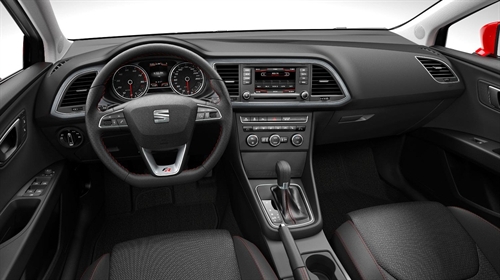 The Media System Plus systems has a 5.8-inch touch screen with three-dimensional graphics in high definition, iPod connectivity, an optional DAB tuner, and voice recognition. The system comes with eight speakers. This system incorporates the navigation system, which also shows navigation information in the colour display between the speedometer and rev counter and can be controlled by voice recognition.

The new Leon will go on sale toward the end of 2012, with other variants, including a three-door, following later. Prices are expected to start at less than £15,000 for the 1.2 TSI. 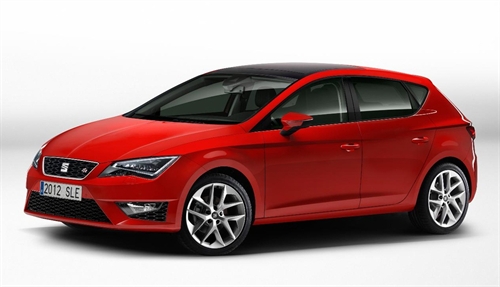