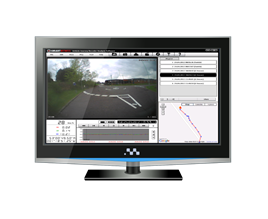 Microlise says it has saved customers millions of pounds in recent years by providing them with telematics driving style information which has allowed fuel economy improvements to be made by rewarding good driving and identifying uneconomical and unsafe driving practices.

The company is now building on its core fuel economy platform to focus more specifically on analysing and reporting upon safe driving practices aiding transport operators to ensure the highest levels of safety for their drivers and other road users.

SmartWitness provides security and in-vehicle video camera systems. The camera records high quality footage giving a drivers eye view of incidents as and when they occur.

The SmartWitness camera is designed to provide users with protection against the ever increasing threat from fraudulent insurance claims, the ability to better manage safe driving and risks as well as more easily understand liability in the event of incidents and accidents.

Incidents are recorded on to a secure SD card in the camera when the vehicle harsh brakes or decelerates (in the case of an impact) – through the use of an integral accelerometer, or when the driver presses a dash mounted record button.

Footage is recorded in 30 seconds blocks (15 seconds before and 15 seconds after an incident). The SD card can then be removed (from the locked slot in the camera) and the footage replayed and analysed.

The integration of the camera into the Microlise system allows customers to immediately understand when a camera recording occurs. This makes the value of the camera easier to exploit (and the management overhead much lower) as office users know immediately when an incident has occurred and they are not reliant upon drivers telling them when a near miss occurs, it is also easier to identify a vehicle and potential incident when complaints from the public are received.

Matt Hague, Microlise product strategy director, said: "Microlise is really excited about our new safety Module, of which the camera forms a central part. It allows customers to not only target fuel economy improvements that our original Fleet Performance product has always provided, but now also allows our customers to actively target safe driving and reap all of the benefits that will deliver too.

"Interestingly, we have found fuel economy has further improved on vehicles now fitted with cameras as drivers are further conscious of how safely they are driving the vehicle."