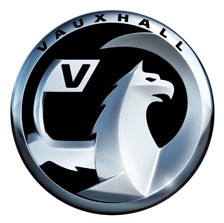 Vauxhall will be removing between 3,000 and 4,000 daily rental cars from its sales volume in both the third and fourth quarters of 2012 to hit its target of 20,000 fewer sales to rental this year.
Fleet director James Taylor, who first outlined the new strategy to Fleet News in February, says the industry can see that the company is delivering on its plans.

“The three-year/60,000-mile RV is 50% of the short-cycle RV so if we increase the short-cycle by this amount, the long-cycle value should rise by the same.”Taylor believes that gains in residual values will help him to reverse Vauxhall’s policy of high discounts for volume fleet deals.

“We want wholelife cost leadership. It’s not about up-front discounts; it’s about the in-life cost,” he said.

Leasing companies have also acted positively towards the RV plan by offering more competitive rates, sometimes by as much as £50 lower per month, on Vauxhall models.

Vauxhall’s true fleet sales have dipped a little this year as some larger companies held off replacing vehicles due to the economic uncertainties. However, the company is confident it will end the year on a par with 2012.

“We expect the second quarter will improve in true fleet with the Ampera and the new Tech Line trim. We will also have the Mokka at the back end which will be incremental in the user-chooser market,” Taylor said.

Tech Line, available on Astra, Insignia, Zafira and the forthcoming Mokka, adds around £2,000 of options, including sat-nav, digital radio and cruise control, at no increase to the P11D price. Available on the 99g/km diesel Astra, it offers a “huge opportunity in user-chooser fleets”, Taylor said.

And what of the impending changes to the capital allowance/lease rental threshold from 160g/km to 130g/km in 2013? “It will dictate polices like 160g/km did,” Taylor replied. “If manufacturers aren’t at that level, they will be out.”