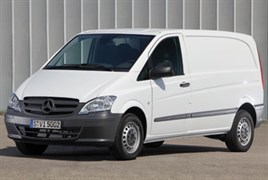 The Office for Fair Trading (OFT) has issued a Statement of Objections alleging that Mercedes-Benz and five dealers of Mercedes-Benz trucks and vans have infringed competition law.

The OFT's provisional finding is that Mercedes-Benz was also involved in two of the alleged infringements.

The precise content of the arrangements differs among the five alleged infringements but all contain, to varying degrees, at least some element of market sharing, price coordination and/or exchange of commercially sensitive information.

The evidence also suggests that, in respect of two of the alleged infringements, Mercedes-Benz helped to facilitate or consolidate the arrangements amongst the dealers.

Ali Nikpay, OFT senior director of cartels, said: “Based on the evidence currently before us, we have reason to believe that these dealers co-operated to limit competition in their areas.

“This case, which involves dealers who are mainly active in areas within the North of England and parts of Wales and Scotland, shows the OFT's commitment to pursuing allegations of serious competition law infringements irrespective of the size of the companies involved or the geographic scope of the case.

“These are the OFT's provisional findings only. All parties will now have a full opportunity to respond to our statement before we decide whether competition law has in fact been infringed.”