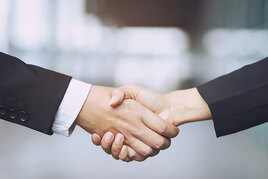 Agility Fleet has appointed two new members of staff to supplement the continued growth the company has seen in last few years, which has also seen the company move in to the FN50 for the first time last year.

Keith Townsend, managing director of Agility Fleet says, “Our business has seen steady growth over the past few years mainly based through referrals from customers that have enjoyed exceptionally high standards of customer service. The addition of these new starters will allow the company to push further into the FN50 and were delighted to be able recruit such high calibre staff”
Claire comments, “I’m thrilled to have the opportunity to join Agility Fleet, I’m looking forward to working with the existing sales team to grow business and bring fresh ideas with me based on my experience”

Susie says, “I was drawn to the role by the direction the company is moving towards. These are exciting times for Agility Fleet. Having worked for one of their suppliers previously it made the transition easier and I very much feel part of the team already”

In addition, Jason Marshall has taken a new role within the company as Channel Manager. Jason will be responsible for Supplier Relationships and exploring new channels and routes to market for the Sales Team, including ‘Fleet Partner’, Agility Fleet’s new Broker Division. Jason added, “having been with Agility Fleet for over 3-years the company continues to move forward and I am looking forward to this new role and direction for myself and the company”