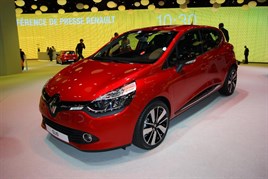 The Fiat 500L and Ford B-Max are sharing the Best in Class honour in the Small MPV category. The Volvo V40 reached the highest combined score of any car previously tested by Euro NCAP.

While 26 five-star cars were released, one model achieved four stars and eight received three stars. Last year’s underperformers, according to Euro NCAP, were the Jeep Compass and Renault Trafic, each of which was only able to score two stars against the latest set of requirements.

For the first time, Euro NCAP released comparative tests results in the popular category of Business and Family vans. The Ford Transit is the first van to achieve a Euro NCAP five star overall rating and to receive the best in class honour. The runners-up in this new category are the Fiat Scudo, Citroen Dispatch and Peugeot Expert, all of which received three stars.

With manufacturers offering new safety technology and continuously improving designs, further updates to the Euro NCAP star rating are scheduled. In June 2012, Euro NCAP announced its decision to include Autonomous Emergency Braking (AEB) systems in the star rating in an effort to promote wider fitment of this life saving technology in Europe.

With only a limited number of car makers offering AEB on today’s vehicles, the stricter requirements and increasing consumer demand will challenge car makers.

Michiel van Ratingen, Euro NCAP secretary general, said: "Euro NCAP is recognizing the efforts of some manufacturers already offering a higher level of occupant protection in their cars, but today safety means more than protecting occupants in a crash.

"Through the expansion of our tests and the assessment of important active safety systems, our aim is to inform and allow all road users to benefit from safe cars with advanced systems in the most affordable way, and to contribute in reducing the number of road accidents."

Euro NCAP includes Intelligent Speed Assistance (ISA) in its safety rating, building on the previous protocol for driver set speed limitation devices. Euro NCAP has also broadened its assessment of child safety by adding an extensive evaluation of how well cars accommodate many of the most popular child restraints.