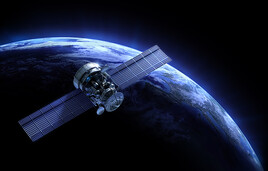 Thieves could be legitimately hiring vehicles from unsuspecting companies to carry out their crimes in a bid to maintain an air of normality and to avoid arrest.

PC James Smith, the arresting officer for Essex Police, explained:  “While we were investigating a break-in at a house in Chelmsford we went to interview Everett.

“I noticed a car outside his home and took down its registration even though he said it wasn’t his.

“We ran the vehicle’s details through the police national computer and discovered it was registered to a rental company.

“We contacted the hirer who, not only confirmed it had been hired to Everitt, rather fortuitously, told us it was equipped with a vehicle tracking system.

“The data provided by Trak Global showed the vehicle had been in the close vicinity of the property at the time it had been raided and gave us conclusive proof that he carried out the burglary.”

PC Smith also used Trak Global’s data to look at the vehicle’s other movements while on hire to Everett and cross referenced that data with other similar burglaries throughout the region.

“Incredibly, the precise information enabled us to place the vehicle in the vicinity at the time of 13 other house burglaries and a further two attempted burglaries,” PC Smith said.

"We were even able to calculate just how long he’d taken to break-in, in one case from the moment he’d turned the engine off and then restarted the car was just nine minutes.

“Put simply, if it hadn’t been for the fact the vehicle was equipped with a tracking device, Everitt would not have been successfully convicted for 14 burglaries.”

Dave Turnock, operations director for Trak Global Solutions, said: “There is a serious message here, Everitt is proof that thieves are legitimately hiring vehicles from totally unsuspecting rental companies in the hope that they can carry out their crimes with an air of normality and without raising suspicions.

“Fortunately, the hirer had chosen to equip his fleet with our GPS tracking system. We were delighted to help assist Essex Police with their investigation which resulted in a successful conclusion.”