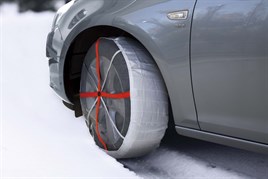 Compacted snow and ice is the most feared weather condition for UK drivers, reveals the AA in advance of Road Safety Week, ahead of night-time fog, dazzling sunlight and strong wind.

One in twenty drivers (5%) went as far as to say they were ‘terrified’ of driving in compacted snow and ice, according to an AA/Populus poll.

The league table of most feared weather for driving shows the order of UK drivers’ weather nightmares: (showing percentage of drivers who rated their confidence in the condition at 6 or above, out of ten, when 10 = extremely confident):

Confidence levels varied a great deal across different demographics with 11% of women saying compacted snow and ice terrified them compared to just 2% of men.

Young drivers (18-24) were the most confident age group for driving in heavy daytime rain with 25% saying they were ‘extremely confident’ at this. This fell to 12% for drivers over 65.

In Wales, one lone driver admitted to being terrified of driving in daytime rain.

Drivers in London and Northern Ireland (4%) were the least likely to say they were ‘extremely confident’ at driving in compacted snow and ice. Those in Scotland (7%) and the North East (8%) were the most like to say this.

“So during the winter months when we are likely to experience adverse weather conditions in the UK it is even more important that employers make sure their drivers’ skills are up to scratch.

“Confidence issues – either too much or too little – and difficult weather conditions can be a dangerous mix so I would urge all fleets to ensure their training is up to par before the bad weather really hits.”