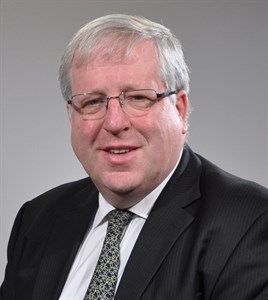 The Government will drop one of the options for a new Lower Thames crossing and will carry out further work on the remaining two options, Transport Secretary Patrick McLoughlin has announced today.

The original proposals for a new crossing in the Lower Thames included:

• Option A at the site of the existing A282 Dartford-Thurrock crossing;
• Option B which would connect the A2 Swanscombe Peninsula with the A1089;
• Option C connecting the M2 with the A13 and the M25 between junctions 29 and 30; and a variant to Option C that would additionally widen the A229 between the M2 and M20.

A consultation on these options was launched in May 2013. As a result it has been decided that ‘Option B’, connecting the A2 Swanscombe Peninsula with the A1089, will be discarded and that further work will be done to choose between options A and C.

McLoughlin (pictured) said: “We had over 5,700 responses to the consultation and we have carefully considered each of them. Ruling out the least attractive option now gives some clarity for local residents and businesses.

“We are committed to making a decision on the location of the new crossing as soon as possible, but we recognise that whatever crossing location is chosen it will have significant impact for people in the area and the economy. These are tough decisions to be made and must not be taken lightly.”

Feedback on the consultation showed that Option B received limited support and would frustrate plans for development in the area.

The Government is carrying out further work in the light of the consultation feedback to understand the possible impacts on the local areas of the remaining options. This work will also consider improvements to the surrounding routes and look at how impact on the environment may be mitigated.

In parallel with the decision-making on the future crossing location, the Highways Agency have started making preparations so that the crossing can be delivered as quickly as possible once the location has been decided.

In the meantime, the Government remains committed to introducing ‘free flow’ charging at the Dartford-Thurrock crossing from October 2014 to alleviate congestion in the short term.

The system will remove the existing toll booths and allow users to pay remotely, similar to the London congestion charge.