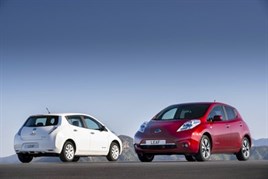 Nissan has further underlined its position as the leader in the electric car market by clocking up the 3,000th sale of the all-electric Nissan Leaf in the UK.

The car maker hit the landmark in November when a total of 141 new British-built Leafs were registered at dealerships across the country.

The figures clearly demonstrate that the Nissan Leaf - launched in the UK market in 2011 - continues to grow in popularity as its winning blend of environmentally-friendly and economical motoring finds favour with the nation's motorists.

Nissan's second generation Leaf, which went on sale in May 2013 with more than 100 improvements on its predecessor, has secured more than 1,300 UK sales in just six months.

Jon Pollock, sales director at Nissan GB, said: "The Leaf is a true pioneer in every sense and in its lifetime it's already done a huge amount to change attitudes and open minds in the UK and across the world.

"The fact the we have been able to reach the 3,000 mark is a fantastic achievement and shows not only what a wonderful car it is but also that motorists are keen to experience the revolutionary new technology it introduces.

He added: "The low running costs of the Leaf, not to mention its many other benefits, make it an incredibly attractive proposition and we have been seeing steady growth in sales.

"We expect that trend to continue rising as the model's visibility increases and the rapid charging infrastructure expands across the UK."

The Nissan Leaf continues to grow in popularity further field as well. To date, more than 16,000 Leafs have found owners across Europe, while global sales have now topped an astonishing 87,000. 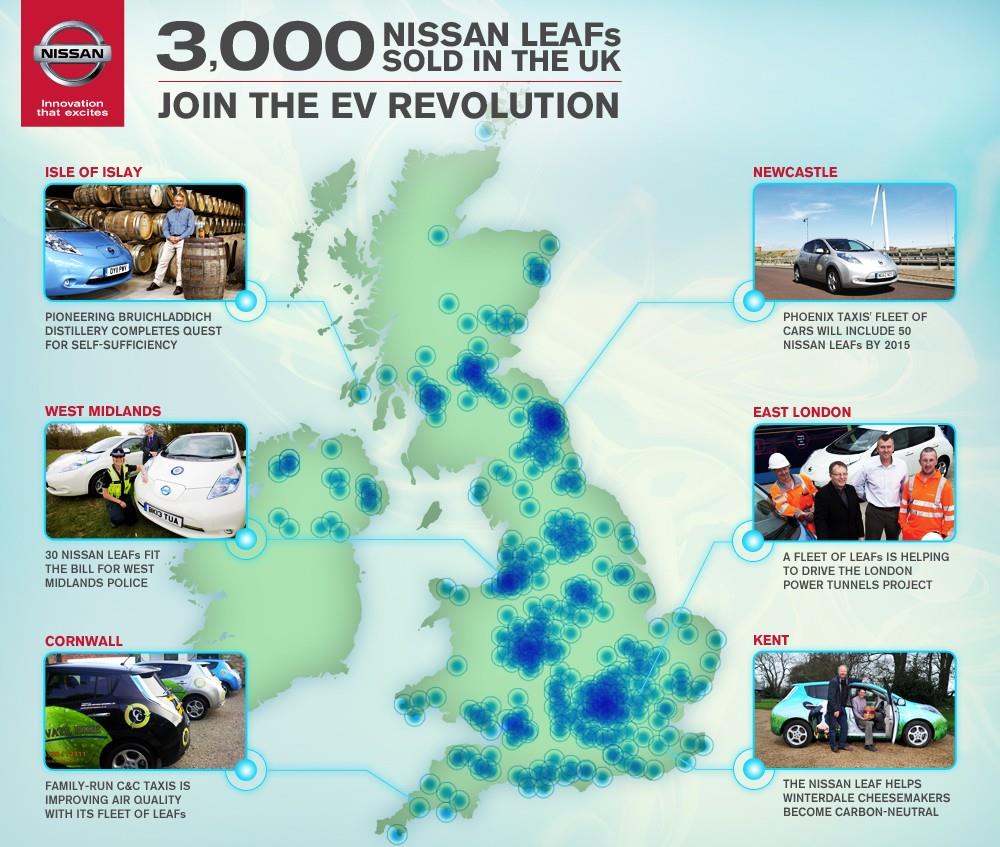