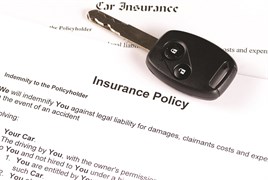 The city ranked number one in the firm’s top ten hotspots for all types of motor fraud for the fourth consecutive year, accounting for 7.76 per cent of all suspect motor insurance claimants across England and Wales throughout 2012.   This was closely followed by East London (4.22%), Liverpool (4.03%) and Manchester (3.75%).

During 2012, over 24,000 claimants suspected of submitting fraudulent claims were referred to Keoghs by a host of the country’s top insurers.

Amongst the top 40 towns on the Index, those experiencing the highest annual increase in suspect claimants were Crewe, which saw a 260% rise; Medway in Kent (145%) and Leicester (58%).

Regionally, Wales and the South West have seen the biggest increase, with 49% more claimants on the firm’s database compared to 2011. Cardiff became a fraud blackspot following a 49% rise in suspect claimants, with a particular increase in fraud ring related activity and staged accidents.

The 2013 Index also shows a startling spread of fraud over the course of the past three years; a worryingly low number of 12 out of 104 post code areas in the UK are now considered to be relatively low risk, marking a significant increase in the spread of motor fraud since 2009.

Speaking of the findings, James Heath, partner and director of Counter-Fraud Strategy at Keoghs, said: “This year’s results continues a trend we have seen over the past few years; an ongoing and alarming spread of fraudulent motor claims away from the more traditional hotspots we have historically seen across England and Wales. This has resulted in only relatively small areas of the UK being left unscathed by the problem of fraudulent insurance claims.”