January to April is riskiest period for drivers 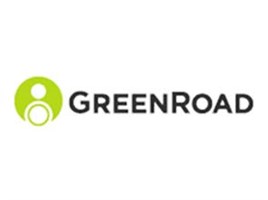 Drivers take the greatest risks between January and April, according to the latest GreenRoad telematics data.

The data is based on the GreenRoad Safety Score which measures braking, acceleration, corner handling, lane handling and speeding. The lower the Safety Score, the safer the driver.

The UK average monthly Safety Score, based on 813 drivers, shows that the highest scores are recorded early in the year, from January through to April.

From April driver performance shows a steady improvement, ending with December being the safest month of the year.

GreenRoad 2012 data shows that in the UK, harsh braking is by far the most common risky event (48%), followed by corner handling at 36%.

Harsh braking also increased from 2011, possibly due to major events that impacted traffic such as the Olympics and Diamond Jubilee.

In the UK, Safety Scores tend to be consistent throughout the typical workday with one exception: the average Safety Score jumps dramatically at 11pm and then drops to very low, safe levels.

Mark Hampson, driver performance change management expert at GreenRoad, said: “It appears drivers may be rushing home at the end of their late shifts. The rise in score could also be due to driving when vehicles are shunted in the depot as the operation closes for the night.”

Since 2010 the average driver risk level has improved by 28%. This is based on more than 70,000 GreenRoad drivers worldwide.

In 2012, new GreenRoad drivers improved their Safety Scores by between 23% and 50% within six months.

Hampson said: “With GreenRoad, fleet managers can look for specific patterns and geographic locations related to high probability of harsh braking or poor corner handling. Showing the data patterns to drivers increases their awareness, and is more likely to result in a positive behavioural change.”