A survey suggests that 70% of fleet drivers believe they could reduce their fuel consumption - if they were financially incentivised to do so.

The research, gathered from almost 1,000 business drivers across the UK by ALD Automotive, suggests that while driver education and training play a significant part in improving driving behaviour, more companies would benefit by focusing on incentivising their drivers to reduce cost.

Many fleets, however, reimburse drivers according to Advisory Fuel Rates (AFRs) which already offer an incentive to drivers to be as fuel efficient as possible so their costs are covered.

Nevertheless, ALD says that around two-thirds of the drivers surveyed said savings of 5-10% were possible, while one in 10 drivers believed they could reduce their fuel use by 15-20% and 3% believed they were capable of reducing consumption by a quarter.

For a typical fleet of 50 vehicles averaging 25,000 miles per annum and an average fuel consumption of 40mpg, fuel spend would be approximately £200,000 for this period.

The results of the survey suggest cost savings of £10,000 could easily be achieved by incentivising all drivers to reduce their fuel spend by 5%.

Alternatively, if around a third of drivers reduce their fuel spend by 10% this will still equate to a saving of £6,000 per annum.

Mel Dawson, managing director at ALD Automotive, said: “This survey makes interesting reading as much of the focus, historically, has been on fleet policy and adopting more fuel efficient vehicles.

“In recent years, however, we’ve certainly seen a growing interest in telematics systems and these are now at the forefront of effective fleet management.

“By using data collected from systems, businesses can set up monthly league tables for their drivers promoting more efficient driving and making it far easier to implement any fuel saving incentive schemes.”

Percentage of fuel which could be saved if financially incentivised 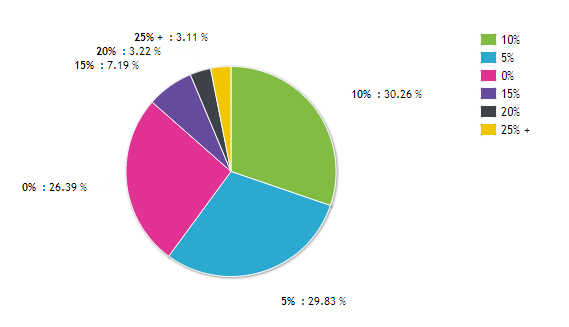