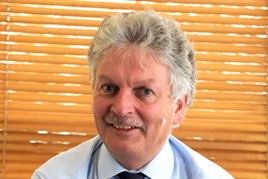 JCT600 Contracts is reporting a successful 2012, with fleet growth ahead of budget at 6.4% and profitability maintained in a declining market.

As of December 31, 2012, the net book value of contract hire vehicles held under finance leases and hire purchase agreements was just over £12m.

The leasing division of franchised dealer parent company JCT600 told Fleet News that a number of factors had contributed to its performance.

They included the relative shortage of used vehicles produced by the leasing industry on the back of lower sales in 2008/09 and extended periods of hire by customers, as well as pressure on rental margins.

“Credit is still in short supply and for a variety of reasons, not least the declining European new car market, the competitiveness of the UK leasing sector is pressuring margins. Customers are also increasing vehicle retention periods while closely controlling their fleet sizes and costs.”

Despite this, JCT600 Contracts is maintaining its fleet size above budgeted levels while employing a mix of funding streams to support appropriate customers and opportunities.

There has also been a raft of new appointments. Paul Titchmarsh joined the company as operations director from Zenith in January. He has been charged with overseeing the company’s pricing and product development, and developing partnerships with vehicle manufacturers.

In February, Neill Richards was appointed fleet sales director. He was joined by Jayne McFadzen in March, who became volume group fleet manager. Her appointment followed the company’s decision in January to bring together its various volume fleet teams into one division.

A new computer operating system was also introduced early in the year, which will provide better and faster management information for customers.

Recent contract wins have included its Audi fleet division being awarded a deal for the exclusive supply of company cars to Molton Brown, Goldwell and KMS California, parts of the Kao Group, worth around 100 vehicles a year.

It also won the contract to supply 200 wheelchair-access minibuses over the next 12 months to Darlington-based care home specialist HC-One.

JCT600 Contracts’ trading success during the past year has mirrored its parent company’s performance.

Mann said: “With the expansion of the JCT600 Group, there is commitment to grow JCT600 Contracts on a considered basis rather than seizing any and every passing chance to do business.”

Most of the company’s fleet customers operate between 10 and 500 vehicles, but its biggest customer is a near 1,000-vehicle fleet for which JCT600 Contracts provides the majority of funding.

Mann recognises that 2013 will have its challenges, but he said: “The backing of the JCT600 Group and the plans for maintaining growth will ensure a profitable future. A number of opportunities in the short term look promising.”

To find out more more about JCT600 Contracts, read an interview with Andrew Mann by clicking here.