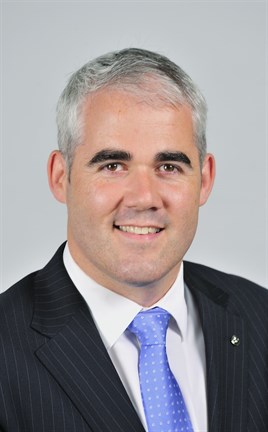 McGillycuddy,  who started at Skoda this month, was national corporate sales manager at Vauxhall, and previously held senior positions at Peter Vardy, as well as roles within General Motors in the UK and Chevrolet.

McGillycuddy’s new position will see him focus on growing the brand’s true fleet market share and developing a sustainable local business offering across the retail network.

McGillycuddy said: "With almost half of the volume coming from the fleet market in 2013, business sales remain a key focus for Škoda. We look forward to building on the overwhelming success the brand enjoyed last year.

"Looking ahead, we have a number of exciting new product updates, including a new-look Superb before the end of the year. With such a strong offering for both the contract hire and leasing and SME markets, the future looks incredibly bright for Škoda. I look forward to introducing growing numbers of fleet customers to our fantastic new range."

Alasdair Stewart, Brand Director for Škoda UK added: "McGillycuddy’s appointment comes as Škoda UK looks to strengthen its fleet team with a series of key appointments, helping the brand to build on its record market share of 2.3% in 2012."

Other recent appointments include Henry Williams, who has joined as national feet sales manager from Audi UK, where he has fulfilled both product and sales force roles.

His new position will see him head the eight-strong Škoda fleet sales team.

Yulia Eaton reports to Henry as the area fleet sales manager for the Midlands and Northern Ireland, replacing Paul Fitton who has been promoted to the role of fleet programmes manager.

Fitton‘s new role will further enhance the fleet capabilities of the retail network and implement the required initiatives to achieve growth ambitions.

Eaton brings with her a wealth of valuable experience from her role as an Area Fleet Manager for Seat, as well as from positions within Audi Used Cars and Audi Network Development.