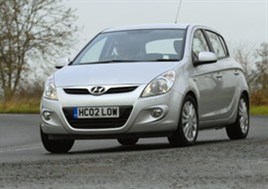 New data from G3 Remarketing shows fleet and lease vehicles values still remain strong, with the average fleet prices around £8,987.70, up £44 month and month and representing a 20% increase year on year. Finance vehicles also continue to increase in value, with average values at £6,858.40, up £134.40 month on month with an increase of 23% year on year.

There is continued demand for clean small engine cars with Hyundai I20’s still in pole position and new shape C1’s proving popular, many achieving in excess of 104% of CAP.

The higher return segment has risen slightly to vehicles under £7,000 opposed to previous months under £6,000 models. Demand still continues for ready to retail cars and there is still a healthy appetite for higher spec executive cars, such as Jaguar and Land Rover. The average age continues to hover around 39.8 months with an average mileage of 46,000.

There has been a slight decrease in volumes, down by 2% this month overall, due to the seasonal decreases in fleet and finance vehicles in the marketplace.

Tom Marley, Head of Operations at G3 Remarketing said: “The seasonal reduction in volumes has resulted in an increase in values across some segments and overall, values are up  by 20% or more across fleet, lease and finance vehicles.  The models showing some of the largest year on year increases on C1 small engine models and Hyundai I40’s, whilst the smallest increases have been on Fiesta petrol models and some 207 petrol models.