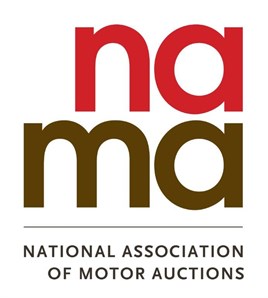 Data from the National Association of Motor Auctions shows  the average value of used cars sold at auction across the board increased 10.4% from £5,413 to £5,975 in December, as the average age and mileage of stock sold improved slightly.

In particular, the percentage of sub-2.5-year-old vehicles grew at the expense of older stock.

Total transactional activity decreased in December across the trade market, undoubtedly as a result of the Christmas break. All segments fell in sales volumes in absolute terms. However, in relative terms the decline in volume resulted in more younger vehicles being available proportionally, which consequently had a positive impact on average prices.

Average conversion rate increased slightly to around 75% versus November and was flat compared to December 2012. With the exception of late-plate, low-mileage cars, which declined 2%, all categories posted at least a 1% increase whilst the older segments of the market increasing by at least 5%.

For all categories in December, stock had relatively static average mileage and age when compared to the previous month. Though mileage for fleet and 'late and low' profile vehicles increased by 6.3% and decreased 7.5% respectively.

According to NAMA, the dramatic fall in up to six months vehicle price did not significantly impact on the overall ';ate and low' grouping as due to the small number of vehicles the youngest age bracket represents, the weighted impact on average price was £200 which, versus the performance of the other age bracket up to 2.5 years did not result in an actual decline in average price.

Justin Lane, NAMA chairman, said: "As anticipated retail demand in December was slow with buyers returning to the market in the final days running up to Christmas. Many dealers also reported frantic activity in the period leading up to the end of the holiday break at the end of the first week of January. From this point a strong level of Retail demand is expected to last through until the end of the month giving a good start to the year for used car sales.

"However, the negative side is the supply of cars which has been at a reduced level due to the shut down during the festive period. Many of the wholesale channels were closed and contract hire and leasing defleet operations were suspended for the holidays.

"The result has been a shortage of stock and the subsequent scramble for cars to replace those sold in the New Year period has meant values have been inflated for a short time. As volumes from trade sources settle into their normal rhythm the values are likely to settle and the balance of supply and demand will return to something closer to the usual status quo.

"Demand for 4x4 and crossover SUV product is likely to remain strong during the month as a result of adverse weather conditions. What is already clear is that buyers are now in the market replacing vehicles damaged by flooding and this will help ensure both Trade and Retail demand remains good throughout the month and into February."