Retail is 'most important' market sector for Ford 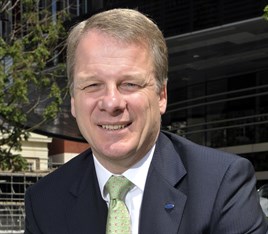 Ford's UK boss has said the retail market is the "most important" for Ford, and was key to its growth during 2013.

Mark Ovenden, highlighting the company's success at retaining its leadership of the UK car market for a 37th year pointed to an increased share in the retail sector by more than one percentage point in 2013.

"The key part of Ford's market leadership in 2013 was our extraordinary success in the retail market. This is the most important market; this is where real people spend their own money, and our share increased by over one percentage point.

"What makes it more remarkable is that we did it at a time when many marketing experts were saying that market leading brands like Ford would be squeezed between discount and premium brands."

The petrol-only Mustang coupe will become available in right-hand drive through the Ford dealer network in the UK for the first time, and is expected to be priced at around £40,000, as well as the next-generation Ford Edge - a car whose predecessor was conceived for the North American market - an SUV due to arrive in the UK in 2015 and sitting above the Kuga in the Ford range.

Ovenden also mentioned the renewal of its commercial vehicle range, which will continue in 2014 with the launch of the compact Transit Courier, as well as the two-tonne Transit later in the year, which he said would help Ford continue its leadership of the commercial vehicle sector in the UK beyond the current 48 years.

Speaking about both cars and vans, Ovenden said: "While market leadership remains an output, not as some would see it, a strategy, it is something we are very proud of as it represents the culminationof all the work done by Ford employees across the globe and our dealer partners here in Britain."