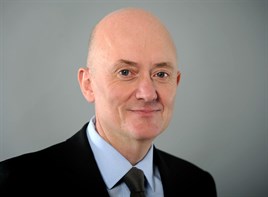 Nissan’s core fleet business has increased registrations by 20% so far this year but the company is expecting a further acceleration in the final quarter as sales constraints are lifted, particularly on the Qashqai.

Managing director Jim Wright (pictured) told Fleet News at the Paris Motor Show 2014 the fleet mix was improving after the company took the decision to reduce its rental registrations this year by 30% compared to 2013.

“We were able to do that because our leasing business is growing,” he said. “Our channel mix is better – it’s been a big year with new models and next year we have to serve that properly.”

Limited rental penetration usually leads to improvements in residual values and Nissan’s action has been no exception. Wright called it “a strong story”, particularly on the X-Trail.

“X-Trail has gone from being mid to low to shooting to the top of the basket for residual values. It has increased by around 11 percentage points,” he said.

As well as residual improvements, the addition of more safety technology on the X-Trail, such as Nissan’s Safety Shield pack which incorporates lane departure, blind spot detection, around view monitor and autonomous emergency braking, has seen the SUVs insurance rating drop by an astonishing 10 groups.

“It has significant cost of ownership benefits – we’ve gone from mid pack to close to the top,” Wright said.