Germany could be fined over Mercedes air-con gas row 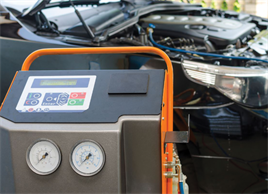 A row between the European Commission and one of Europe’s biggest car manufacturers has escalated, with the German government potentially facing a sizeable fine.

Fleet News reported on April 4, 2013, that Mercedes-Benz was accused of breaching rules that came into force earlier that year requiring vehicle manufacturers to use a new gas in their air-conditioning systems.

However, tests carried out by Mercedes-Benz suggested that HFO1234yf could self-ignite in the event of an accident if the air-conditioning pipe fractures and the engine bay is hot.

When it does, the company said, it releases hydrogen fluoride gas which can disable and kill even in very small quantities as well as setting the vehicle alight.

As a result, Mercedes-Benz, backed by the German authorities, decided not to use the new coolant gas in its latest models, including the A-Class and B-Class.

Volkswagen followed suit and continues to use R134a in its new models, including the Golf and Passat, while it looks to develop its own alternative.

The French government subsequently banned some Mercedes-Benz models from being sold in the country, but that action was later overturned by a French court.

Last month the European Commission formally requested that the German authorities follow the directive and apply it to Daimler, following a written warning in January. If they fail to do so, Germany could be fined by the EC.

It is possible that the next stage will be delayed as a new European Commission is due to take office on November 1. The new regime is likely to take some time to pick up all matters in progress where the old one left off.

A spokesman for Daimler said: “We are aware that the European Commission has embarked on the next stage of its contract contravention proceedings against Germany.

“We are in contact with the federal government, the EU Commission and DG Enterprise, and are assisting them with all necessary information.”

Meanwhile, Daimler is seeking an alternative CO2-based coolant gas, but says it will take until 2017 to introduce it.

A statement on the company’s website said: “In addition to its low GWP (global warming potential) of one (HFO-1234yf has a GWP of four), CO2 offers many advantages as a
refrigerant: CO2 is neither flammable nor highly toxic – and it cools quickly.

“However, it does have to be compressed at high pressure, which means that some development effort will be required before it can be used in passenger cars.

“The present air-conditioning systems would not be able to cope with the high pressure and could not be simply filled with CO2. Instead, it will be necessary to develop our own completely new systems.

“Daimler will... return to using the safe refrigerant R134a until the serial launch of the new technology, as will the majority of other automobile manufacturers.

“According to an EU Directive, this will be permitted until the end of 2016, depending on the time and kind of the model registration. All models of the Mercedes-Benz and Smart brands have a corresponding type approval that is valid across Europe.”

Volkswagen has also confirmed it is developing a CO2-based air-conditioning coolant.

It is likely that Daimler and other manufacturers would be seeking an agreement to continue using R134a on the basis that it would be ready to introduce the new CO2-based coolant in its new cars from 2017.