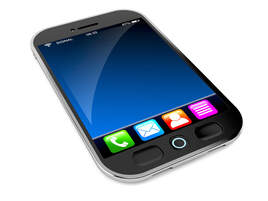 ‘Bring your own’ tablets, smartphones and laptops not belonging to the employer are increasingly being used to record and access data but the security measures on these devices are often poor, says Ashley Sowerby, managing director

“Before the emergence of mobile devices, corporate IT security tended to be a key concern and the means to access and record data were very closely controlled,” he said.

“Today, we have quite quickly moved into a quite different situation. Mobile devices that are often simply not very secure are now often used by drivers and fleet managers to access fleet systems of all kinds through apps or the internet.

“Many laptops, phones and tablets are not even protected by the user with a simple four digit passcode and, even where these are in place, they can often be broken in a matter of minutes.

“Even though access to fleet systems is nearly always protected by another passcode, even these are sometimes stored locally by the user.

“Because of this, there is a strong argument for another, more sophisticated level of security and the emergence of Touch ID and other fingerprint recognition systems could be the answer. Certainly, they will be much more secure than a passcode.”

Sowerby said that as more and more personal data of all types became stored on smartphones and tablets, there would be greater interest in security.

“It is not unusual for a smartphone to be used for everything from personal banking to recording your journeys, and we will probably see a growing number of instances where devices are lost and stolen and this information used maliciously,” he said.

“Fleet software is only a small part of this, of course, but there is a need to protect the data and employers may want to consider taking some steps to ensure that devices used for business purposes have basic security measures in place.”