ACFO planning new initiatives in 2015 to drive up membership 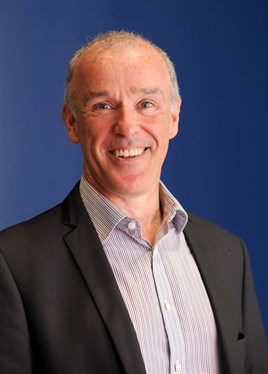 A series of initiatives are being planned in 2015 by ACFO to increase membership and enable suppliers to better understand the requirements of fleet operators.

It will also continue to work closely with Government departments and agencies, particularly with the 2015 general election potentially triggering a series of major policy changes impacting on fleet managers.

Meanwhile, a new programme of clinics aimed at helping vehicle manufacturers and other suppliers to better understand fleet operator needs.

Following approaches by some manufacturers, ACFO chairman John Pryor (pictured) explained: “The objective is to try and educate those dealing directly with fleet managers on the challenges faced and how the levels of service provided - or not - can impact.

“Manufacturers are doing a great job in supplying vehicles with low CO2 emissions and excellent MPG, but the delivery of great cars and vans is only one issue that fleet operators have to deal with.

“There are numerous other matters - spare part requirements, service, maintenance and repair issues, total cost of ownership data and replacement cycles for example - and that also brings in other organisations such as contract hire and leasing companies.

“What fleet managers require and expect needs to be better understood by manufacturers and other suppliers. The clinics will enable attendees to gain a more holistic view of a fleet manager’s job and the issues faced daily.”

The clinics, which could see ACFO directors and other senior figures in the organisation, hosting a session at a supplier’s training course, induction day or workshop, would, said Pryor: “Provide a greater opportunity to enable suppliers to better understand clients’ needs at a much deeper level and by doing so provide a better overall proposition.”

The UK fleet market is the world’s most mature and to disseminate ACFO membership’s wealth of knowledge and experience it is investigating the prospect of launching an international division.

In the past ACFO has been approached by fleet operators and organisations from many parts of the world including Australia, Italy, Malaysia and the United Arab Emirates for advice and information and has sent representatives to speak at overseas events.

Launched more than 40 years ago, ACFO is now considering making its website and its library of fleet policies, best practice procedures, fact sheets and white papers and its forums available to overseas fleet operators with the launch of an international division.

Pryor said: “The principles of fleet management are the same the world over, even though legislation, taxation and regulations may be different.

“ACFO receives annually a number of unsolicited requests for advice and information from fleet managers working overseas and we believe the launch of an international division will boost membership.”

Meanwhile, following on from successful seminars in recent years, ACFO is planning to hold events focusing on vehicle choice and fuel reimbursement in May; end-of-contract charges in June; and vehicle taxation in the autumn.

ACFO believes fleet decision-makers will face little in the way of new challenges pre the 7th May, 2015  general election, but is warning that the new Government’s in-tray could be full of issues impacting on fleet operations.

Top of the agenda could be changes to the carbon dioxide (CO2) based company car benefit-in-kind tax regime amid well-documented air quality concerns not helped by the popularity of diesel vehicles.

However, with the CO2-based system being simple to operate and easily understood, ACFO is urging caution in respect of any wholesale changes.

The recent Autumn Statement signalled the necessity for a further tightening of public sector finances and in that respect ‘grey fleet’ vehicles could be in the spotlight.

Pryor said: “All employers should analyse whether paying employees to drive their own cars on business delivers value for money, while also acknowledging compliance issues, the age of such vehicles - typically older than fleet vehicles - and whether they are serviced, maintained and repaired as well as company-provided vehicles.”

ACFO will also continue to “push” HM Revenue and Customs to publish reimbursement mileage rates for electric vehicles and is continuing to work close with the Driver and Vehicle Licensing Agency as it introduces new online services including early in 2015 a driving licence validation service.

It is also keeping a “watching brief” on Government and Highways Agency plans to introduce charging on other roads similar to the recent introduction of “free flow” charging at the Dartford Crossing, which has caused administrative upheaval for fleet managers.

Pryor said: “We remain concerned that the new Dartford Crossing charges could be the start of a creeping privatisation of roads, particularly with Government finances tight and it having recently announced a £15 billion investment in the network in the coming years.”

Pryor concluded: “Change has become a way of life and that is why ACFO must continue to evolve.

“The role and responsibilities of fleet operators continue to be refined and that makes ACFO more relevant than ever before - particularly supporting those responsible for mobility within their organisations whether in finance, HR, procurement or facilities.

“ACFO is a members’ organisation, a conglomerate of best practice. ACFO punches above its weight and I hope that fleet decision-makers that are not members will join to help increase our voice.”