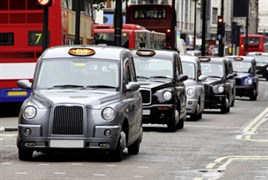 The Society of Motor Manufacturers and Traders (SMMT) has called for a rethink on the current proposals for an Ultra Low Emission Zone (ULEZ) in London.

In an open letter to the Mayor of London, the SMMT welcomes plans from Transport for London (TfL), but says the scheme, due to be implemented in 2020, should enforce the latest emission standards for both petrol and diesel vehicles.

This, it claims, would reflect the step change in clean diesel technology and help ensure similar schemes across the UK and Europe are harmonised.

Mike Hawes, SMMT chief executive, said: “The implementation of the ULEZ will accelerate the take-up of ultra low and low emission vehicles, but a harmonisation of standards – a technology neutral approach – for petrol and diesel vehicles would strengthen the initiative.

“Currently, the proposed requirements differ for cars and vans. SMMT is urging London to be more ambitious with a universal Euro-6 standard for both petrol and diesel vans and cars which would remove any confusion, strengthen the uptake of cleaner technology and bring air quality benefits sooner.”

He continued: “The automotive industry is investing billions of pounds in the UK and abroad to develop technologies to lower vehicle emissions.

“The ULEZ can accelerate the take up of these cleaner technologies and bring air quality and carbon reduction benefits to London sooner.

“Today’s diesel vehicles are light-years away from those built just a decade ago.

“Intelligent engine design and highly efficient exhaust aftertreatments, including particulate filters, capture over 99% of particulates and around two-thirds of NOx emissions.

“ULEZ proposals should support the introduction of these technologies now, technologies which are being introduced ahead of the ever-tougher legislative requirements which will be implemented over the next few years.”

The current proposals for an ULEZ for London dictate the 2006-standard Euro-4 for petrol vehicles and the latest Euro-6 for diesel vehicles.

Given the introduction date of 2020, it would therefore allow petrol vehicles of up to 14 years of age to enter without penalty.

By this date the European fleet average will be approaching 95g/km of CO2, whereas a typical petrol car of Euro-4 vintage would have CO2 emissions some 72% higher.

Euro-6 petrol and diesel vehicles are on sale now and mandatory from next year meaning that under SMMT’s proposals, by 2020, qualifying vehicles would be up to six years old and would be reasonably affordable, potentially on their third owner.

Crucially, regulators can be assured that they will be delivering the air quality benefits as Euro-6 vehicles have engine management systems which constantly monitor and manage emission performance – a major advance on earlier models' technology.

Underlining the progress made by car makers, SMMT also said that it is vital that the ULEZ actually delivers on congestion reduction to allow the automotive industry’s new technologies to work effectively. There must be no side effects to the ULEZ which actually increase congestion or else any air quality benefits will be negated.

The success of the automotive industry’s commitment to improved emissions is indisputable, says the SMMT.

Work on CO2 reduction has been matched by technology to cut other pollutants, resulting in filters which capture over 99% of particulate (PM10) emissions.

Nitrogen oxide (NOx) levels from diesel cars have also been cut by 64% since 2000.

Criticisms that vehicles fail to deliver real world improvements compared to ‘controlled test cycle conditions’ are also being addressed, with the Euro-6 standards to include ‘real world’ driving emission testing for the first time, it says. This will give confidence to regulators and consumers alike that these new vehicles are delivering real benefits.

Those benefits include carbon reduction as diesel engines are key to reducing road transport CO2 emissions. Diesel cars emit up to 20% less carbon than their petrol equivalents – essential if the UK and Europe are to meet their climate change ambitions, says the SMMT.

Looking to the future, Hawes added: “We need an integrated approach on air quality at local, regional, national and European level.

“Fleet renewal, or the uptake of new vehicles on the road, is critical in reducing emissions. Proposals such as London’s ULEZ can help deliver this goal.

“Air quality is often a local issue so we need a flexibility that allows for focused initiatives like the ULEZ but which sit within an overall framework of harmonised standards across Europe.

“The automotive sector must have certainty in policy direction so technology investments can be targeted on addressing key issues such as air quality and climate change.”

Engine manufacturing is a crucially important part of the UK automotive industry with more than 2.5 million engines built in the UK in 2013, says the SMMT.

Engine manufacturers include Ford in Dagenham and Bridgend, Bentley in Crewe, BMW at Hams Hall, Honda in Swindon, Jaguar Land Rover in Wolverhampton, Nissan in Sunderland, Toyota in Deeside and Cummins in Darlington.

Significant new investment into the manufacture of engines in the UK has been announced over the last few years.

Ford announced in the last month that it will invest £190m in diesel engines at its Dagenham plant, creating 318 jobs. Jaguar Land Rover’s new engine manufacturing centre in Wolverhampton marks an investment of more than £500m, creating 1,400 jobs.