Work to improve A1(M) at Welwyn starts next week 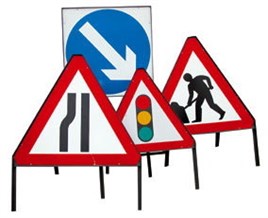 Work to reduce congestion on the A1(M) at junction 6 (Welwyn) in Hertfordshire will start next week.

The £4.5m scheme aims to ease congestion, improve journey time for road users and improve safety. It is part of the Government’s £317million pinch point programme, which aims to boost local economies by reducing congestion and delays at key locations.

The work is due to start on Monday (December 8) and will see around 9.5miles (15km) of the road improved. It will involve improving the existing northbound carriageway and slip roads at junction 6, new overhead gantries, new surfacing on the road, new road markings, new safety fencing and improved drainage.

Subject to weather conditions, the work is scheduled to last for approximately four months.

The work will take place between 10pm and 6am from Monday to Friday and will happen in two phases:

The first phase will begin on Monday (December 8) and run until December 23, which will involve a full closure of the A1(M) northbound between junctions 4 and 7.

The works will be lifted during the Christmas period and then continue on Monday January 5 until January 16..

The second phase will begin on January 16 and run until the end of March. This will involve closing the hard shoulder and lane one in both northbound and southbound directions between junctions 5 and 6 with a 50mph speed limit in place.

Full closures of the A1(M) will be required towards the end of the scheme in order to erect the new overhead gantries and further information will be provided in advance of these closures.

Highways Agency project manager Mark Saunders said: “This is great news for drivers travelling on the A1(M) in Hertfordshire as it will improve traffic flow between junctions 6 and 7.

“By changing the layout of the A1(M) in this busy location the flow of traffic through the junction will be improved.

“We’ll also be improving the on-slip by extending the slip road to give a greater distance for traffic to merge with existing A1 traffic.

“Once complete, the scheme will cut congestion and reduce journey times, and improve safety for drivers using this junction.”

During the overnight closures a clearly signed diversion route will be in place. For northbound traffic at junction 4 motorists will be diverted along the A6129, A1000, B197 and A602 to re-join the A1(M) at junction 7.

The work is dependent on suitable weather conditions and dates may be subject to change.