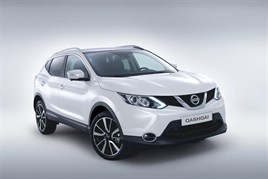 Nissan's global earnings provide a strong basis for growth according to market analysts at Glass's.

Richard Parkin, head of valuations and analysis at Glass's, said: "It is my opinion that the future performance of Nissan is not reflected in its current financial statement.

"The figures may show the manufacturer to be the worst performer in terms of current profitability against its Japanese rivals, but significant investment by the company has been made into emerging markets and new platforms, and this work will soon begin to come to fruition."

The company cut its outlook three months ago by nearly 20%.

Parkin suggested that the figures are somewhat skewed as a result of the de-valuing of the yen. Other Japanese manufacturers have benefited from this, he said, but Nissan manufactures in many more countries outside of Japan, and so it has not seen the rewards.

"Things for other brands may seem somewhat better than they actually are," added Parkin.

"When Nissan started producing the Qashqai and the Juke, the rest of the automotive industry realised just how strong the brand was and it has since spurned the birth of many rivals.

"However, it is has not all been plain sailing. Nissan’s foray into pure electric vehicles has not met with the success initially hoped for, although the concept is gaining traction and, as a first-mover, Nissan will be well placed for growth in this segment.

"So while the financials may show a gloomy picture, in fact a very positive foundation has been set for Nissan going forward, especially when compared to its Japanese rivals."