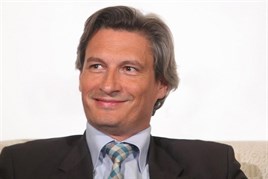 Stéphane Le Guevel, 46, has been appointed the new managing director for Peugeot Motor Company in the UK.

Le Guevel joins the UK business from April 1, 2014, from Beijing where he is currently the deputy managing director of Dongfeng Peugeot, the Brand’s joint venture operation in China.

Le Guevel joins the UK at a time of product renewal for Peugeot.  Announced last week, the new Peugeot 108 joins an improved product line-up in July 2014.

Recent new product launches for the new 208 GTi and XY, the 2008 Crossover and the 308 and RCZ R, have all helped the Coventry-based company increase sales.

In January, Peugeot UK announced a sharp increase in retail sales, up 22.4% over the same month in 2013 with retail orders up more than 30%.

Le Guevel said: “I am delighted to be joining the Peugeot UK team at such an exciting time for the Brand as all the recently launched new products attract more and more customers and the new Peugeot 108 and 308SW are still to come later in the year.

“I am really looking forward to the new opportunity ahead of me in what is one of the top markets for Peugeot in the world”.