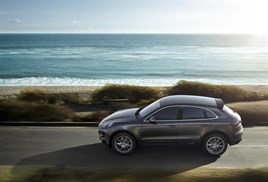 Porsche is staking a claim for an increased share of fleet with improved back-up and new lower CO2 models and powertrains.

Jonathan Maynard, Porsche head of corporate sales, says the trend toward downsized engines and reduced weight to improve fuel economy and cut emissions has long been part of the company DNA.

Porsche, using diesel engines sourced from elsewhere in Volkswagen Group, is also the first group brand to launch a plug-in hybrid car. It is hoping to attract eligible employees, most likely senior managers and directors.

The Panamera S E-Hybrid offers total powertrain output of 416hp with CO2 emissions of 71g/km and fuel economy of 91mpg on the combined cycle. It is eligible for the plug-in car grant, reducing the transaction price from £88,967 to £83,967, and is also eligible for the 100% discount on the London Congestion Charge.

Porsche continues to develop hybrid technology for its cars, which is likely to appear on future models elsewhere in the range. It is also launching a smaller diesel SUV this year called the Macan, which falls between top-end versions of the Range Rover Evoque and models in the Range Rover Sport line-up.

However, Porsche is also working hard to engage with the contract hire sector as well as communicate that it can be competitive with cars from other premium brands.

Maynard told Fleet News: “We’ve established relationships with the 25 largest leasing companies through the Porsche Experience Centre at Silverstone during the past two years.”

The company has also improved data provision to the leasing industry as well as key influencers such as CAP and Glass’s, as well as providing SMR data for the first time in November 2013.

Since October 2013, all UK Porsche centres have adopted Epyx 1Link to authorise and process maintenance and repairs.

Dealers have also been given training and guidance on ensuring they understand the needs of customers who need company vehicles servicing.

Maynard pointed to models such as the Cayenne diesel as an example of one of the slowest-depreciating cars in the UK, with a CAP Gold Book residual value of 56% at three years/60,000 miles, compared to 49% for the equivalent BMW X5, with an even greater gap (65% vs 57%) at three years/30,000 miles. Figures from Glass’s suggest even higher retained values for the Cayenne.

The age of vehicles eligible for the Porsche centre approved used programme has also been extended to accommodate cars from a three-year fleet cycle, which should ensure greater accessibility of quality stock for used car buyers.

He argues that despite sometimes inaccurate preconceptions about running costs, the cars have transparent charges for routine servicing with national fleet menu pricing, and two years or 20,000 miles between major services. A Cayenne diesel costs £550 including oil replacement at two years/40,000 miles, for example (excluding variable wear and tear items such as brakes and tyres).

Maynard added: “We’re not planning on growing our volume rapidly in the corporate sector, but we want to communicate that we understand the market and have the level of support and back-up needed, and demonstrate that we have a range of products that are competitive on total cost of ownership.”