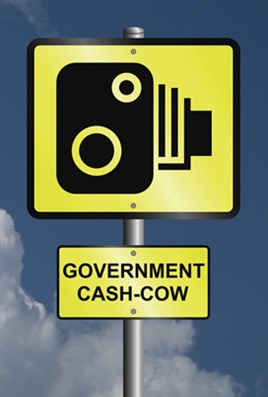 More than two-thirds of professional drivers are opposed to the introduction of new ‘stealth’ speed cameras, an online poll has shown.

The new cameras, which have been proposed by the Highways Agency to enforce the 70mph motorway speed limit, are likely to be painted dull grey instead of the usual bright yellow.

They will be positioned on busy sections of the most important motorways, including the M1, M6 and M25.

Previously, speed cameras have been used to enforce variable speed limits on stretches of motorway undergoing repairs and alterations.

The new cameras are designed for use on ‘smart’ sections, where traffic flow is controlled by a variety of methods.

According to the Highways Agency, ‘smart’ motorways prevent traffic jams and assist flow by controlling speed limits and opening hard shoulders when required.

However, critics claim the cameras are aimed at increasing income through fines and not at improving road safety.

Kjell Anderton, a TrackCompare director, said: “There’s no doubt most professional drivers believe the cameras will be introduced simply to help the government raise additional funds.”

The TrackCompare poll ran for ten days in February, with visitors being asked if they supported the introduction of new ‘stealth’ speed cameras, 70% said no.