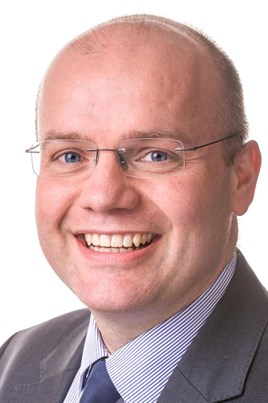 Martin Barrow-Starkey is to take over as head of operations at Škoda UK, where he will be responsible for vehicle sales (retailer and fleet).

He replaces Duncan Movassaghi, who has been appointed head of service and parts at Volkswagen UK passenger cars.

Martin moves to Skoda from within the Volkswagen Group, where he has most recently been head of group parts operations.

Martin has an engineering background and worked for services and facilities company Carillion for 18 years, serving as sector director for the latter five years, before joining the Volkswagen Group in 2011.

Since joining, he has overseen a period of sustained growth in parts sales, leading the Trade Parts Specialists organisation to new levels of sales and profitability, helping to hit the Volkswagen Group record of £500.3m parts sales in 2013.

Alasdair Stewart, director of Škoda UK, said: “We are sad to see Duncan leave after 40 successful months leading the Škoda sales department. I would like to thank him for all his efforts and achievements, and wish him good luck in his new role.

“We are delighted to welcome Martin Barrow-Starkey as his replacement. He is a valued and welcome addition to the team. The knowledge he has gained from within the Group and from previous external roles will prove invaluable.”