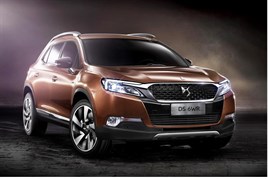 PSA/Peugeot-Citroen's new chief executive Carlos Tavares has spoken of plans to cut model line-up by almost half and to turn Citroen's DS unit into a separate brand in an attempt to restore profits.

Explaining the plan, entitled 'Back in the race', he said model numbers would be cut "progressively" from 45 vehicles to 26 by 2020 and the company would look to expand its markets outside Europe, funded in part by bringing in Chinese partner Dongfeng and the French state as investors alongside the Peugeot family.

The development of DS as a full-fledged premium brand will be stepped up, PSA said in a statement.

Dongfeng and France will each contribute about half the money for a €3 billion capital increase planned by PSA in exchange for 14 each getting a 14% stake, according to an agreement reached in February. The family’s ownership will drop to 14% from the current 25.5%, ending their control of the 118-year-old carmaker.

Tavares became head of PSA at the end of March to guide a reorganisation after cumulative net losses exceeded €7.5bn in the past two and a half years.

"The group will continue to reposition the three brands, while clarifying their lineups," PSA said today. Scaling back the range of models will allow the company to "improve market coverage and improve margins by targeting the most profitable segments."

The company said this week that it is reorganising sales operations, and reiterating a target to triple Chinese deliveries in partnership with Dongfeng by 2020, along with restoring profit in Russian and Latin American businesses.

"I am committed to accelerating the group's recovery by channeling all of our teams’ creative potential so that we can quickly get back on the road to profit," Tavares said.

And he told Autocar: “We must stop the cash burn, hopefully by 2016.

"Burning cash increases debt and helps pull the company down. To fix things, we must take three steps: increase operating profit by making sure our pricing is good, accelerate progress in reducing costs — one important way is to reduce stocks, which are higher than other companies — and establish better rapport with suppliers to control component prices.

“Remember, we want to maintain our position as a generalist manufacturer. That’s the first thing. But we will be more selective with what we build in future. We won’t invest where there is no business.

“Everything I’ve learned tells me we must make cars to beat the competition, so buyers will want that car, not just a car. We have not yet identified models to drop, but there will definitely be a reduction.”
There are three metrics to the plan:

Jay Nagley, head of analysis and forecasting consultancy Redspy Automotive, said: "We are so used to car companies boasting about the blizzard of new products they are planning to launch, that it comes as a bit of a shock to hear the boss of PSA Peugeot Citroen talking about reducing the model range.

"The interesting aspect of his plan is that he wants to build up the DS range into a fully-fledged premium range and also triple sales in China, which limits his room for manoeuvre.

"Apart from the all-but-dead C-Zero/iON and C5, there are complications with all the potential victims.

"The obvious area is small MPVs, of which PSA has a bewildering number: C3 Picasso, Berlingo, Bipper and Partner, plus the slightly larger C4.

“However, many of them are based on successful small vans so, what are the cost savings by not putting a window and a rear seat into a van? Presumably one part of the plan is to drop badge-engineering so that one brand gets all the small MPVs.

"Much of the dead wood has already been cut out (e.g. C6, 4007), so PSA may be planning something more extreme.

The news comes as DS unveils a new SUV at this year’s Beijing Motor Show – DS 6WR – the first SUV for the brand (see photo).

Designed in Paris and directly inspired by the Wild Rubis concept car, DS 6WR is a premium SUV.

DS 6WR is specified with Grip Control – for optimised traction on all types of terrain – without the need for a four-wheel drive system. This benefits both fuel consumption and CO2 emissions, says the manufacturer.

The e-THP 160 and THP 200 powerplants are mated to a 6-speed automatic gearbox and feature sequential direct injection with a high-pressure pump and a twin scroll type turbocharger.

Following DS5 in September 2013 and DS 5LS, which was launched at the end of March this year, DS 6WR will be the third DS model to be built in China at the Shenzhen site.

DS 6WR will be introduced by end of the year in China in the first instance. Another locally built model will also be unveiled in the coming months. The development of DS is underpinned by an expanding network with 56 ‘DS Stores’ in the country’s biggest cities