Focus on risk cut accidents in 57.1% of fleets, says study

Accident rates are falling in most fleets thanks to an increased emphasis on reducing road risk, research has suggested.

The survey, conducted by BT Fleet, reported that 57.1% of respondents said their accident rates had fallen, while 42.9% said they stayed the same. No fleets reported an increase.

However, more than one-third (38.1%) of respondents still allow the use of hands-free phones, despite safety concerns surrounding their use.

Research from distraction expert Dr Amy Guo at Newcastle University has shown that the more a driver has to concentrate on a task, such as dealing with work-related calls, the slower their reactions become (Fleet News: November 28, 2013).

Concerns over safety resulted in the road safety charity Brake launching a campaign calling on employers to ban the use of hands-free phones, which 61.9% of respondents to BT Fleet’s survey had implemented.

BT Fleet itself has moved to minimise the use of the hands-free technology, allowing drivers to use it for incoming calls only. It paid tribute to industry efforts in tackling road risk and fleets’ improving road safety record.

Joe Fielder, sales and marketing director at BT Fleet, said: “BT Fleet believes this is a direct result of organisations taking a more proactive approach to operational road risk and a general trend of fewer accidents on the UK’s roads.

“Ultimately, only through a collaborative approach with manufacturers continuing to improve vehicle safety and sustained education of the UK public will we see this trend continue.”

When it came to dealing with problematic drivers, more than half (55%) of respondents believed incentives work better than discipline.

However, the survey found more than one-in-three respondents (38.1%) did not carry out an on-the-road assessment of their drivers.

Meanwhile, the research suggested that almost two-thirds (61.9%) of respondents use telematics to monitor their drivers. A significant minority (38.1%) were not employing the technology and where it was used, it was more prevalent among van fleets.

But, whatever measures being employed by fleets in tackling road risk, Fielder told Fleet News it was essential to have robust road safety policies in place.

“It protects employees and members of the public by ensuring high standards of driving,” he said. “It reduces the costs of incidents by minimising the potential for them in the first place and a road safety policy provides legal protection from litigation.

“Finally, it gives brand protection – arguably the second most valuable asset after employees.” 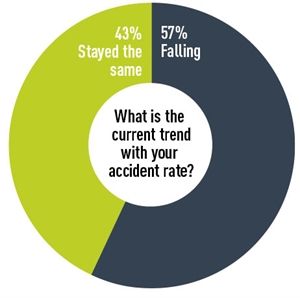 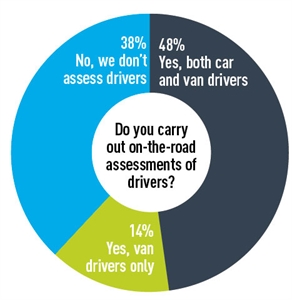