Damian James to step down as ACFO chairman 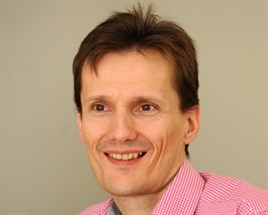 Damian James has announced that he will be stepping down as chairman of ACFO in June, a year after he was appointed to the role.

He had hoped to continue as chairman of the fleet managers’ association, but a promotion at Bracknell Forest Council has persuaded him to step down.

His current role as head of operations at the council includes fleet responsibility, but the new role, which James will take up in the near future, does not include any fleet involvement.

He said: “My new job with the authority marks a significant career move. However, it does mean that I will have no fleet involvement and therefore I consider it to be inappropriate that I remain as chairman and a director of ACFO."

James was elected ACFO chairman last June having held the post of deputy chairman in 2012/13. He joined the ACFO board four years ago having been involved with the organisation for more than a decade through its South West and Wales Region.

“It is with great sadness that I relinquish both roles," he said. "I have thoroughly enjoyed my years as a director and the 12 months I have spent as chairman as well as my long-time association with the South West and Wales Region.

“ACFO continues to go from strength to strength and I wish the organisation and its members well for the future.Meetings at a regional level as well as National Council and board meetings have always been enjoyable. I have also enjoyed promoting fleet manager issues and concerns with other organisations including Government departments, vehicle manufacturers and industry suppliers.”

He continued: “While I was delighted to put my name forward for re-election this year and had informed the board of that fact, my new role within the authority means I have now withdrawn my candidature.”

ACFO has a six-strong board and at each AGM two vacant positions arise from the retirement by rotation of two directors. This year James, as well as fellow director Phil Redman, fleet manager, IBM UK, both offered themselves for re-election as directors.

But, following the withdrawal of James from the process, ACFO is now asking eligible members to consider whether they wish to stand for election as a director.

ACFO members elect the directors at the AGM on June 3 and the new chairman will be appointed at the board meeting held on June 19.

Expressions of interest from eligible members must be made no later than Friday, May 9, 2014. Redman’s position in seeking re-election is unaffected.

James concluded: “The 2014 AGM will be my last official duty as both a director and chairman of ACFO. I hope to see many members at the meeting to say goodbye.”

Those wishing to contest the election should contact ACFO Membership Services’ Organisation at info@acfo.org or go to www.acfo.org.

This year’s ACFO AGM will precede a members-only seminar entitled ‘Another Fine Mess?’ starting at 10am, on Tuesday, June 3, 2014 at the Henry Ford College, University Way, Loughborough, LE11 3TL.

The seminar will focus on the liabilities facing employees and employers when police issue a Fixed Penalty Notice or a local authority issues a Penalty Charge Notice; the fine and appeal process relating to parking in public car parks and on private land; and HR issues impacting on employers and employees when fines are levied.

ACFO members can book their seminar place by emailing the ACFO Membership Services’ Organisation at info@acfo.org or go to www.acfo.org. Non-ACFO members wishing to attend the seminar can do so by joining the organisation before June 3.