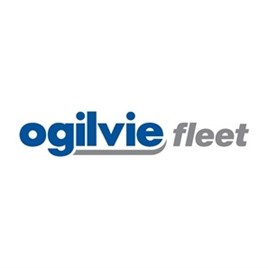 Fleets are ordering new company cars and vans in record numbers from Ogilvie Fleet, which it says is a consequence of its investment in the business and a sign of returning economic confidence.

Its order bank broke through the 500-vehicle mark for the first time in May 2014, putting it on track to record more than 4,000 vehicle orders in a financial year - the independent contract hire and leasing specialist’s accounting year ends on June 30, 2014.

Now operating a fleet of more than 11,000 company cars and vans, Ogilvie Fleet is forecasting 10% organic growth in 2014/15 which will result in it having almost 12,000 vehicles on its books.

Ogilvie Fleet sales and marketing director Nick Hardy said: “Fleet vehicle orders in May 2014 were more than 10% above our previous record level, which was set in March 2014. Month-on-month orders are tracking above equivalent levels of recent years.

“That is due to a variety of reasons - securing new contracts particularly on the strength of our advanced technology and industry-leading customer service - but we also believe it is a sign of improving business confidence as the economy continues to recover from the recession years.”

He continued: “As Ogilvie Fleet moves into its 2014/15 financial year we believe the trend for public and private fleets to replace existing company cars and vans will continue.”

When ordering new vehicles, Ogilvie Fleet is detecting a continuing clear trend towards demand for low carbon dioxide (CO2) emission vehicles as well as a swing towards both hybrid petrol and hybrid diesel models.

Hardy said: “Carbon-efficient vehicles are critical to all fleets as they look to reduce their carbon footprint, while drivers are conscious of keeping company car benefit-in-kind tax bills to the minimum.

“As a result, the push by fleets to operate ever-lower emission vehicles continues and that also means demand for hybrid models is rising.”

Additionally, he highlighted that Ogilvie Fleet’s model mix across its fleet was changing influenced by the demand for compact cars from NHS Scotland - a recent contract win.

“Traditionally, Ogilvie Fleet’s model mix has been centred on C and D sector models. But with the industry-wide trend towards downsizing and public sector influence on our fleet we are adding an increasing number of lower medium sector and more compact models,” he said.